This submission in response to the Grocery Industry Competition Bill is made by The New Zealand Initiative (the Initiative), a Wellington-based think tank supported primarily by major New Zealand businesses.

The Initiative has been actively involved in the Commerce Commission’s market study process investigating retail grocery competition. We keenly support measures that would facilitate greater competition in the sector by lifting barriers to entry. As best we could tell, it was de facto illegal for a new international grocer to enter the New Zealand market at any reasonable scale. Or, at least, regulation, primarily but not exclusively zoning rules and consenting processes, made it so close to impossible that it might as well have been explicitly forbidden by legislation.

We also urge that the Committee seek input from the Ministry of Foreign Affairs and Trade on potential trade implications of this Bill. Australia could raise government-to-government concerns where one of the supermarkets is Australian-owned. Should the United States accede to CPTPP, Costco’s potential inclusion as a regulated grocer could also create issues that would make already-difficult negotiations trickier. 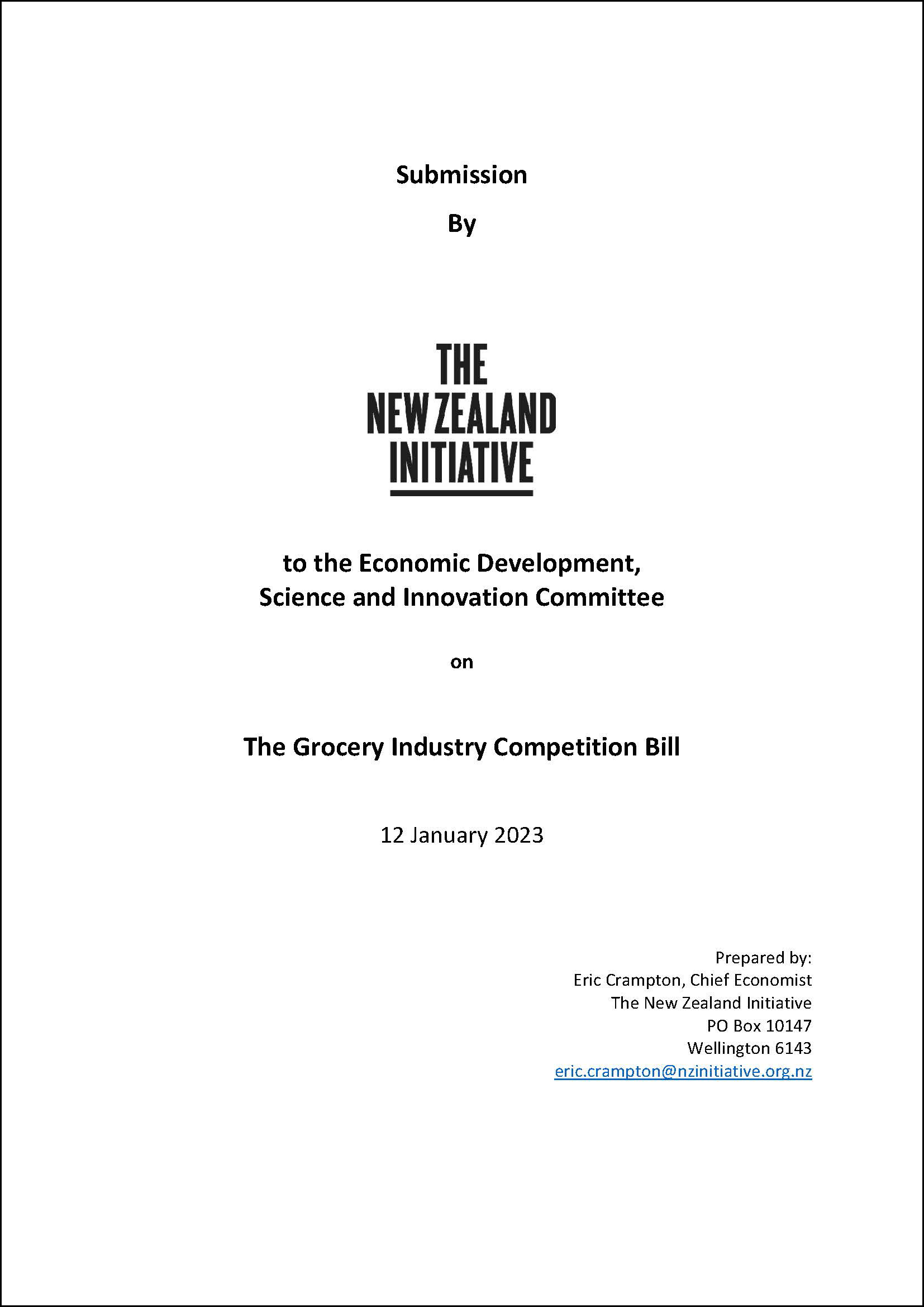