You searched everything for "" and got 63 results

Ireland is the destination for The New Zealand Initiative’s next business delegation. It follows in the footsteps of our 2019 mission to Denmark, and it will once again provide opportunities to learn, to be surprised and to connect. Read more

Our annual members' retreat is a chance to cover the major aspects of New Zealand politics and economics, and will provide plenty of room for discussion, engagement and networking. Please contact Chelsy at events@nzinitiative.org.nz for further information. Read more 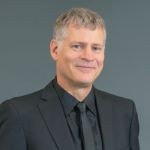 In our recent members’ survey, many of you rated education as a key area of work for The New Zealand Initiative. There is indeed much work to do in education. Read more 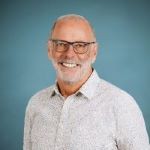 Having been elected Mayor of Auckland, Wayne Brown set out to change the way the city works. With changes to council-controlled bodies, his alternative proposal to the Government’s Three Waters project and the initiative to move the port, Brown has already made his mark – just after about a month in the job. Read more

Report launch: No evidence, no evaluation, no exit

In 2011 New Zealand’s Ministry of Education decided that large, open plan classrooms are the way of the future. They embarked on a policy to replace the country’s classrooms with these Modern Learning Environments in which children are expected to learn in a ‘self-directed’ way. Read more

We invite you to join us for a members' dinner with Peter Williams. He will be talking about Three Waters and the future of democracy. Since co-governance and the health of our democracy are of such paramount importance, we appreciate Peter's openness to talk about them. Read more

We are hosting a members' lunch with ACT Leader David Seymour. David has led ACT to become not just more popular with voters, but also a creative source of policy ideas. Read more

Sir Ian Taylor’s recent NZ Herald columns have documented his experience returning to New Zealand and taking part in the government's trial of self-isolation. In this members' Zoom meeting, Sir Ian will detail his experience with government bureaucracy. Read more 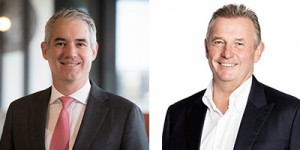 Members' webinar: Testing, vaccinations and logistics: How Auckland Airport and Mainfreight are navigating the pandemic

Our annual members' retreat is a chance to cover the major aspects of New Zealand politics and economics, and will provide plenty of room for discussion, engagement and networking. Please contact Chelsy at chelsy.killick@nzinitiative.org.nz for further information. Read more

Queenstown
Member only event
Prev Page of 7 Next