Local government plays an important role in New Zealand and is often overlooked. When things like roading, water and recycling services are working well, we barely even notice them. But if councils get them wrong, it can have national consequences - like Auckland's housing affordability crisis.

That is why it is important to reform the Local Government Act (LGA) to ensure that councils operate in accountable, open and efficient manner.

The LGA, as it stands, aims to make councils answerable to their communities and central government at the same time.

In theory this should provide double oversight, but in practice it blurs the lines of accountability and transparency, locking people out of the democratic process. As a result of these legislative arrangements:

In this environment it is hardly surprising that the relationship between central government, local government, and communities is characterised by distrust and misunderstanding. Central government’s solution has been to amalgamate councils, but despite decades of pursuing this policy it has failed to deliver democratically acceptable results.

How do we fix it?

This report aims to restore accountability, transparency and community responsibility through changes to the LGA. We propose to do this by setting clear roles for each tier of government, with limits on the ability of either party to act beyond these limits, except where agreed to beforehand or in extreme circumstances.

This will require change on both sides: legislative reform at a central level, and operational reform at the local level. Both will be needed if the relationship between these two important tiers of government is to be fixed.

If councils are to be given more responsibility, they need to show they are capable of managing it. This is needed to combat the widely held (and often mistaken) view that councils are incompetent.

The policy recommendations in this report provide a practical means of making local government more accountable and transparent to communities. The aim is to make New Zealand better off. Drawing clear lines of responsibility will go a long way to fixing the relationship between local and central government. In effect it is a framework for both parties to meet each other halfway. 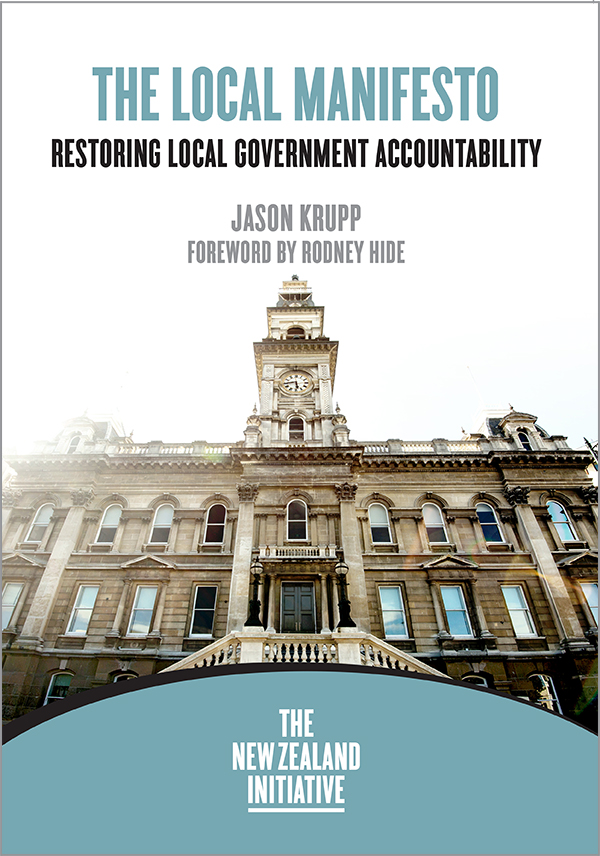 Media release: Put the government back into Local Government