Reports & Media > Reports > The Local Benchmark: When smaller is better

With government about to table legislation that would allow greater amalgamation of local authorities in New Zealand, this report examines how other countries have embraced the diversity of local government to enhance their economic competitiveness.

Local government plays a vital role in national productivity. Decisions on services, taxes and regulations by local politicians have significant influence over where capital and talent choose to reside. For central governments seeking to lift the pace of economic growth, this raises the question of just what is the right size and structure for local government. With on-the-ground research conducted in Manchester, Montreal, the Netherlands and Switzerland, The Local Benchmark makes the case that bigger is not always better when it comes to local government reorganisations.

Manchester: After decades of concentrating power in London, central government in the United Kingdom has embarked on a programme to devolve decision-making power to regional authorities. Greater Manchester is the first city-region to take charge of transport, housing planning, police, skills, education and health services, and will also be given the ability to borrow and earn income from its investments in infrastructure.

The devolutionary process is aimed at reducing government spending and reforming long-standing social problems in the North of England. It is premised on the belief that local people are better equipped to make decisions over local matters than a central agency. The Greater Manchester case study is notable, because the process was initiated at a local level, with officials building an economic case for why devolution was needed to spur economic growth and investment in the region – an argument that central government has ultimately accepted.

Switzerland: Switzerland is the leading example of localism in practice. With a governance structure of over 2,000 communes (municipalities), 26 cantons (provinces), and a federal tier of government, it would appear to some to be a case of too much government for a country of eight million people. Yet Switzerland has been ranked as the most competitive economy for the last seven years by the World Economic Forum. By comparison, the UK is ranked 10th, and New Zealand was ranked 17th in 2014.

Much of this competitiveness stems from inter-jurisdictional competition, with local authorities afforded significant freedom over policy, revenue raising and spending decisions within their jurisdictions. This is bolstered by constitutional protections. The ability to set tax rates in particular serves as a powerful incentive on local government, as Swiss households and businesses are highly mobile and move easily to jurisdictions that best meet their needs. This efficiency is reflected in house prices. OECD figures show that in real terms, house prices in Switzerland have remained largely stable over the past 30 years even as the country’s population grew by 11% over the same period.

The Netherlands: The Netherlands is another country that employs a decentralised form of government. What sets Dutch local government apart from its New Zealand counterpart is the freedom afforded to municipalities to enter into contractual arrangements to deliver local services. At the lowest level this involves shared service provision arrangements, and is popular where a shrinking population base has put pressure on municipal services. At a higher level, these arrangements are used to coordinate matters that span jurisdictional boundaries, and more often than not involve partnerships between the private sector and local authorities to leverage local strategic advantages (such as the Port of Rotterdam). The flexibility of these arrangements has resulted in a highly efficient economy, ranked 5th on the World Economic Forum’s Global Competitiveness Index.

Also interesting from a New Zealand policy perspective is the fact that the Dutch decentralised form of government was only implemented in 1982, after the highly centralised governance arrangements resulted in a blowout of public spending and debt. This shows that localist reforms are possible within the context of a modern unitary state.

Montreal: The Montreal case study examined the metropolitan merger (and subsequent demerger) process that took place in Canada’s province of Quebec in the late 1990s and early 2000s. Faced with many of the local government coordination and efficiency problems seen in Auckland before its amalgamation, provincial authorities elected to merge the City of Montreal with the surrounding 28 municipalities without a democratic mandate. Sold on the basis that it would reduce local government staff numbers, reduce spending, address service provision inequalities, and improve overall efficiency, the reforms had the opposite effect. Excluding one-off merger expenses, the costs of running the City of Montreal rose by C$473 million per year after the mega city was formed. Much of this was attributed to cost harmonisation, where small municipalities benchmark their costs on those of the inner city. Toronto’s merger process also saw operating costs increase significantly after amalgamation.

The unpopular merger was partially unwound after a referendum in 2003, which saw 15 municipalities reclaim their independent status. However, the governance landscape is now highly fragmented, consisting of the City of Montreal and its 27 boroughs, the independent municipalities, and an overarching Agglomeration Council to manage cross-jurisdictional services such as transport and water provision. Montreal stands as a cautionary example about the fiscal, democratic and efficiency risks posed by municipal amalgamations and de-amalgamations. 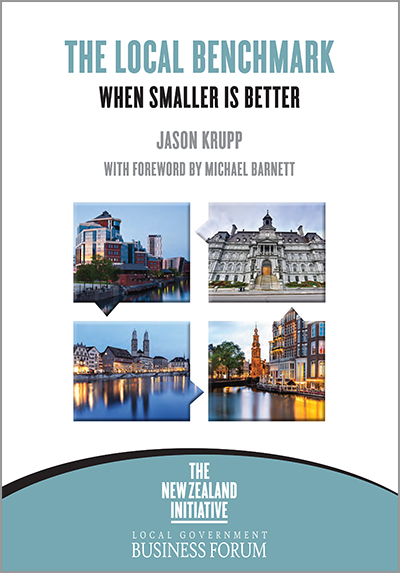