Reports & Media > Reports > The Inequality Paradox: Why inequality Matters Even Though it has Barely Changed

It is important to distinguish between inequality and poverty at the outset. Hardship is a serious problem and it is undeniable that some are struggling to make ends meet. Such hardship, however, would be a problem regardless of the state of inequality.

In other words, a person suffering from poverty would always suffer no matter how much more other people might earn. An undue focus of attention and resources on inequality may detract us from the problems of those suffering real hardship. Yet in parts of the media, there has been a recent surge in coverage of inequality as an issue. The graph (right)illustrates the increase in New Zealand media interest in inequality since 2006 – despite the lack of a material increase in income or expenditure inequality. It is difficult to make sense of the increasing public concern with inequality if we look only to income or wealth statistics. But, there is a massive inequality concern that is rightly troubling many New Zealanders: housing. In short, New Zealand’s ‘inequality crisis’ is really a housing crisis.

Inequality after housing costs is significantly higher than before housing costs. While incomes have risen for high and low earners, the rising cost of housing especially hits the poor.

The graph below shows the differential effect of rising housing outgoing-to-income ratios (OTIs) across income quintiles (where quintile 1 is poorest and 5 is richest). The proportion of households with OTIs greater than 30% rose markedly between 1998 and 2015 for each of the bottom three quintiles. In contrast, it was the same in 2015 as in 1998 for the top quintile. Myths about inequality and the misperceptions in the public debate need to be challenged more. Some of the New Zealand narratives on inequality may have been imported from overseas without sufficient critical consideration. Inequality trends here simply do not mirror what is happening abroad. What should be of concern is barriers to mobility: what is unduly stopping people from getting ahead in life?

Misperceptions about inequality in New Zealand could lead to growth-reducing policies that will make people worse off, regardless of their effects on measured inequality. There should be ample scope for policies that lift earned incomes both on average (i.e. economic growth) and in the bottom quintile of the income distribution.

At the same time, it is important that differences in income and wealth are fairly earned – and perceived to be so. Social cohesion can be corroded by poor policies that create undue barriers to education or jobs, or that allow high incomes to be earned through privilege rather than merit or effort. Thus there should be a strong presumption against corporate welfare.

This report is the second of three reports. The first report was Poorly Understood: The State of Poverty in New Zealand. It argued that issues of hardship were more important than issues of inequality, or low relative income. The third report, to be released in 2017, will examine welfare policy issues. 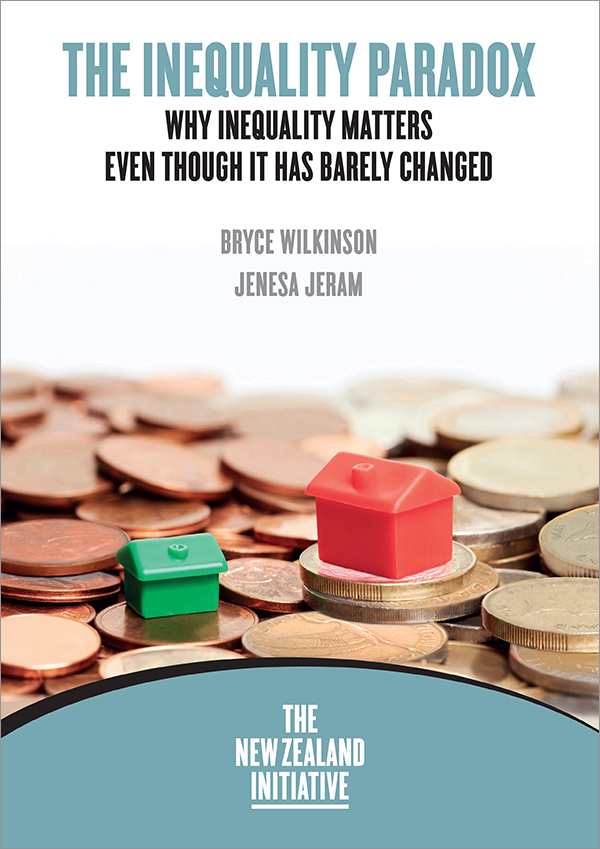