In a New Zealand first, we estimate each school’s contribution to student achievement across the three school authorities after separating out the contribution of the family socioeconomic background using data from Statistics New Zealand’s Integrated Data Infrastructure (IDI).

Part One of our analysis compares the average estimated effects of attending different school authorities and the increase or decrease in the likelihood of attaining University Entrance (UE).

Part Two looks at individual school performance across each school authority, particularly the percentage of state, state-integrated and private schools in the top 25% (high-performing), middle 50% (average-performing), and bottom 25% (low-performing) of all secondary schools in the country.

Part Four compares these findings with the OECD’s Programme for International Assessment (PISA) results on private versus state schooling. The report concludes with our policy recommendations.

The Appendix contains a brief description of the modelling behind the analysis. Our previous technical report, Separating School and Family: Evaluating the effects of school and family background on student performance (2019), further explains the school performance tool.

This report reveals that New Zealand’s state-integrated schools are doing much better than previously thought.

Since State-integrated schools were incorporated into the state education system under the Private Schools Conditional Integration Act 1975 private schools have generally been viewed as better academic performers. However, this report shows for the first time that students on average have a greater chance of attaining UE at a state-integrated school than at a private school (after separating out the contribution of family socioeconomic background).

Of course, UE attainment is not the only important school outcome. Yet if greater educational opportunity is the goal, these results are a serious cause for concern. To improve our education system, the Ministry of Education must learn which schools are bucking the trend and overcoming socioeconomic barriers. This report shows just that. 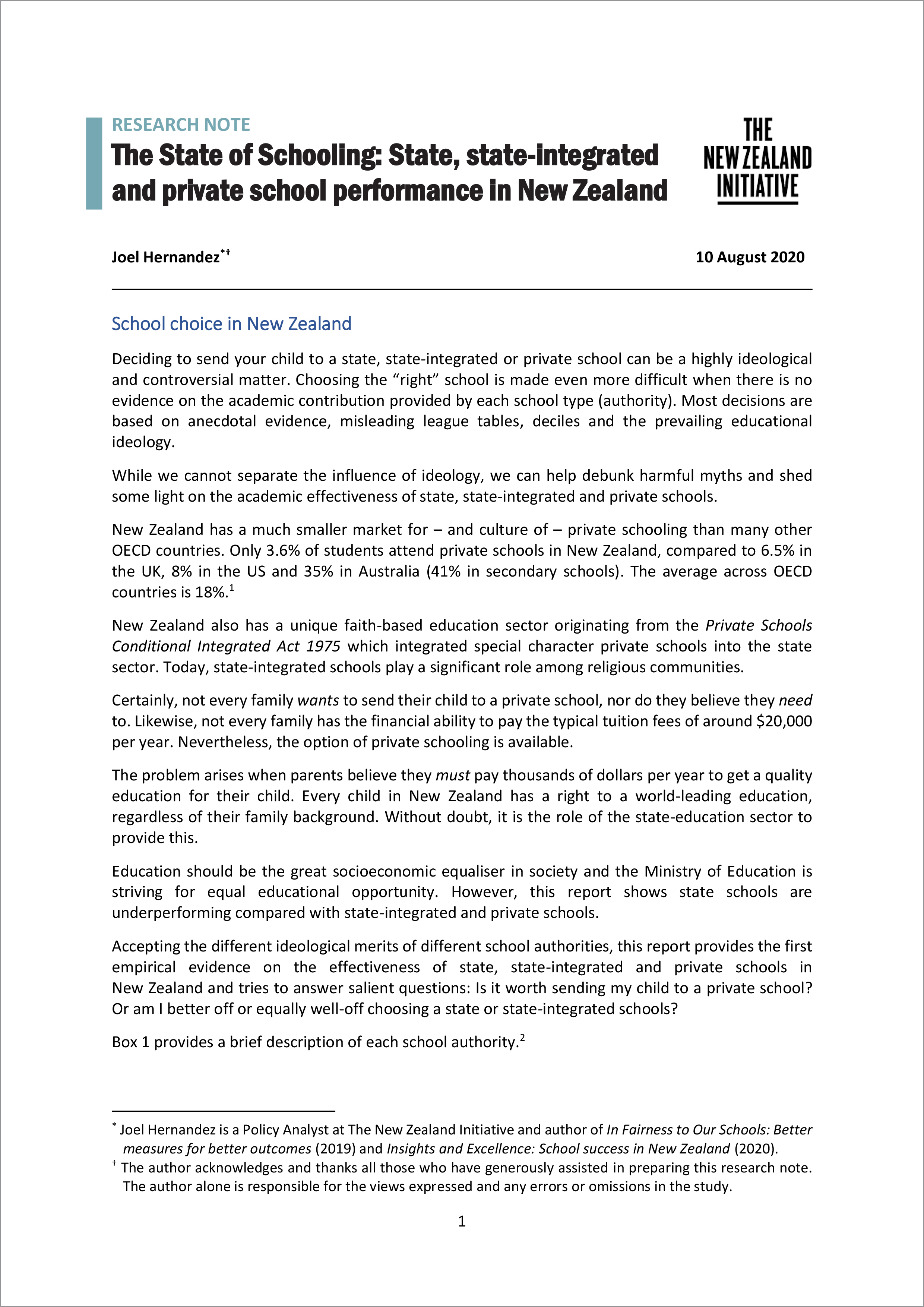