It is well recognised that New Zealand has a housing supply problem. Amid a growing population, shrinking household size, and increasing migration flows, the number of new homes built over the last three decades has failed to keep up with real demand. As shown in our previous report Priced Out: How New Zealand Lost Its Housing Affordability, this chronic decrease in supply was created by central government withdrawing its influence from the market in the 1970s without establishing a sustainable framework for the provision of new homes.

Local government has been left to bear the burden of infrastructure costs associated with new home construction, while being excluded from participating in the economic benefits that this activity brings.

As it stands, regional and territorial councils are in fact incentivised to adopt anti-development attitudes, and to see each new inhabitant as a cost ‘exacerbater’. In practice, this means limiting the expansion of cities with Metropolitan Urban Limits, increasing the costs and duration of the planning process, and passing infrastructure costs onto property developers.

The problem has been made worse by the emergence of the ‘compact cities cult’, which saw town planners idealise dense urban areas without factoring in the economic consequences that pursuing these policies would have.

These artificial constraints have seen the rock-bottom price of a section of land in Auckland start at $300,000, and that is before the construction has even started. The same problem can be seen in other New Zealand cities.

In this report, we propose to realign the economic incentives around housing with three policy measures that will give local government a revenue stream from new homes, eliminate much of the infrastructure cost burden that new home construction brings, and introduce an alternative structure for property development.

Local government needs a structure to share in the proceeds of population and housing growth that is almost exclusively paid to central government in the form of earnings and sales taxes.

Councils must be entitled to a Housing Encouragement Grant for every new house built in their area, provided the house meets minimum delivery deadlines from application to completion. Grants would be benchmarked on the GST levied on the house, recognising the impact of sales tax on house prices. For a house-and-land package with an inclusive price of $400,000, the central government would pay the council one-off grant of $60,000. It would be a straightforward calculation and involve no new compliance costs to infrastructure or service providers.

These grants would also foster a pro-development attitude within councils, and provide a predictable cash flow to local governments by increasing their revenue from more development. It would also incentivise councils to speed up the planning approvals process.

The costly provision and maintenance of the potable and waste water infrastructure is a challenge for many councils in New Zealand, and one of the primary reasons why they are reluctant to open land to development.

To sidestep this, water provision should be stripped from local councils, and in its stead five regional water companies established, with ownership vested in the councils. These water companies can use network pricing to create quality water infrastructure and make long-term infrastructure decisions free from political or electoral considerations.

In turn, councils would be free from the burden of water provision to concentrate on social infrastructure such as parks, libraries, and sports and community amenities. With this shift in the political economy of housing, no longer would councils and residents see new housing development as ‘cost exacerbaters’.

To counteract the high costs charged by monopoly suppliers for infrastructure within new development areas, we recommend a new kind of infrastructure funding option be created. Loosely based on Municipal Utility Districts in Texas, Community Development Districts (CDDs) will be able to privately raise debt finance to build new infrastructure – fresh and waste water, electricity connections, etc. – and charge residents an ad-valorem tax to repay the debt. This would serve to pay off the infrastructure costs over the life of the bond and not capture the cost in the upfront price of a new home.

Regional or unitary councils would identify the areas where CDDs cannot be developed based on long-term environmental, tribal or practical concerns. This would compel councils to carefully consider their priorities.

There would be an assumed right for CDDs to develop outside the areas designated by a council for non-development. The Resource Management Act would apply only to design or infrastructure features that affect properties and areas outside the CDD boundary.

In summary, these policies seek to free up the supply of new homes, which has been demonstrated to be a key element in the provision of affordable houses internationally. They are not concerned with papering over the cracks with demand-side responses such as banning foreigners, restricting access to finance and introducing a capital gains tax. 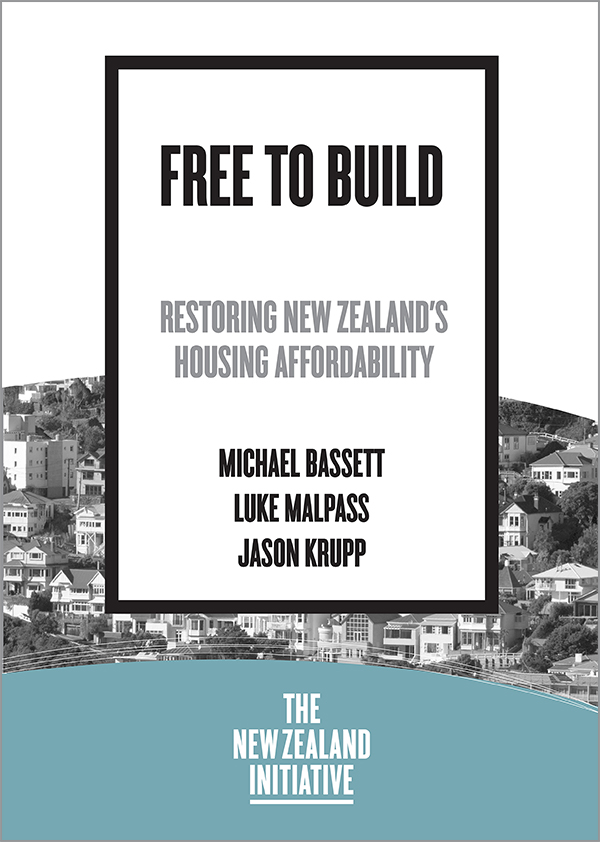 Priced Out: How New Zealand lost its housing affordability