Submission: Issues raised at the Consultation Conference on the Commission’s Market study into the retail grocery sector draft report

The Initiative undertakes research that contributes to the development of sound public policies in New Zealand and the creation of a competitive, open and dynamic economy and a free, prosperous, fair and cohesive society.

The Initiative’s members include two New Zealand supermarket operators, Woolworths New Zealand and Foodstuffs North Island. However, the views expressed in this submission are the views of the authors, not those of our members.

In summary, we submit:

In the longer term, this requires:

This would require the Commission to look closely at and be involved in the current Resource Management Act reform process. It would have beneficial effects far beyond this current supermarket inquiry. The underlying barriers may be a source of weak competition in areas beyond grocery retail. Setting a market study process that seriously investigates regulatory and policy barriers to entry is important. Often, the agencies responsible for those regulatory or policy areas will never have considered the detrimental effects of their regimes on competition. 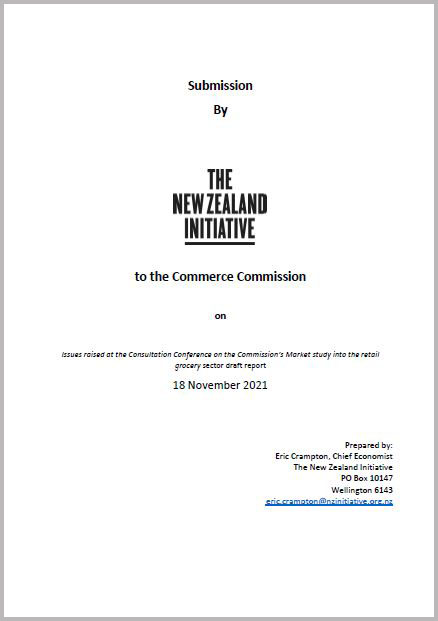 KiwiGrocer is a classic Catch-22