Reports & Media > Reports > Reassessing the Regulators: The good, the bad and the Commerce Commission

Reassessing the Regulators: The good, the bad and the Commerce Commission

Commercial regulatory agencies wield enormous power. They can take away a business’s licence to operate; impose restrictions on how it operates; and take enforcement action by exercising powers of interrogation, search and seizure that the police can only dream of.

The New Zealand Initiative’s 2017 survey of New Zealand’s largest businesses revealed that many of the country’s commercial regulators – including important regulators like the Reserve Bank of New Zealand (RBNZ) and the Commerce Commission commanded neither the respect nor the confidence of many of the businesses they were tasked with regulating. Conversely, we found other important regulators, including the Financial Markets Authority (FMA), which were well-respected.

Regulators should, at times, be unpopular. After all, it is their task to regulate. And no
one wants regulators who are captured by those they are tasked with policing. But just as we expect communities to respect the police, we should also expect those policing commerce to have the respect of the businesses they regulate. Unfortunately, our survey showed that this respect cannot be taken for granted. We reported on the results of our 2017 survey and of other related research in our 2018 report, Who
Guards the Guards? Regulatory Governance in New Zealand.

Four years later, we repeated the survey between September and October 2021. As in 2017, we asked New Zealand’s largest businesses to rank the regulatory agencies they deal with from most to least respected. And we asked them to rate the performance of their three most important regulators against 23 KPIs. The KPIs ranged from consistency of decision-making to commercial expertise, and from clarity of objectives to learning from mistakes.

The results of our 2021 survey once again raised serious concerns.

The report is attached and can be downloaded. 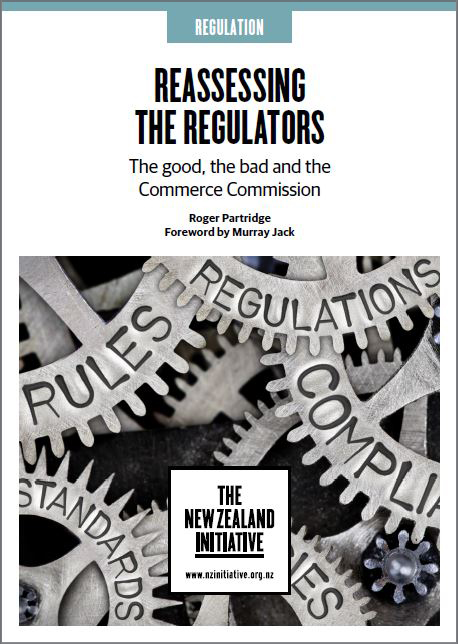 Time is up for Commerce Commission