Confidence in the guardians of 21st century commerce really matters. If consumer confidence is misplaced, it can have disastrous consequences. We saw this only too clearly with the losses to retail investors from the collapse of the finance company sector during the GFC. Had the former Securities Commission been awake to the risks the finance companies posed, those losses would have been much less than the estimated $3 billion suffered by investors.

Poor decision-making by regulators can also be harmful if it stifles innovation. If businesses lack confidence in their regulators’ decision-making, this can cause both uncertainty and risk-aversion. The consequential impairment to economic efficiency increases costs, which may end up harming consumers through higher prices.

Unfortunately, this respect cannot be taken for granted. Indeed, in its 2014 report, Regulatory Institutions and Practices, the Productivity Commission found a litany of shortcomings with our regulatory agencies. It concluded that the governance arrangements of our regulators were ad hoc rather than based on sound governance principles, that there were problems with how the agencies were monitored, and that appointment processes for governance roles were of variable quality.

The Productivity Commission’s report was general, rather than focused on individual regulators. Our report picks up where the Commission left off, drilling down into specific regulatory agencies to identify what is working and what is not. We have met with New Zealand’s major consumer groups to gain their views on our leading commercial regulators. We have interviewed the leaders of many of those regulators, along with the government officials tasked with monitoring them. And we have surveyed New Zealand’s largest businesses and asked them to rate the performance of their regulators against 23 KPIs, ranging from consistency to commercial expertise, and from clarity of objectives to learning from mistakes.

We gained evidence about the performance of 24 regulatory agencies, and we focused in detail on three of them, whose influence is felt across the entire economy – the Financial Markets Authority (FMA), the Reserve Bank of New Zealand (RBNZ), and the Commerce Commission. If any regulators are to be respected, it is most important these three are.

Across all 24 regulatory agencies covered by our survey, the equivalent figures were 44% and 27.7%, with the External Reporting Board in top position, and the Overseas Investment Office (OIO) in last place.

Internal governance
The comparatively good ratings for the FMA aligned with anecdotal evidence from the business community that the FMA’s governance arrangements have brought about marked improvements in the performance of the FMA compared with its predecessor.

Two aspects in particular of the FMA’s institutional framework, both of which are copied from the private sector, appear to contribute to the FMA’s higher ratings. First, the separation of governance and management functions of the FMA’s chair by the appointment of a highly skilled CEO. Second, the transformation of executive ‘commissioner’ positions into non-executive board roles. In tandem, these two factors appear to contribute both to greater levels of accountability by the executive decision-making organ of the FMA and to more widely acknowledged expertise at the board level.

As the board governance model is the most common governance structure among New Zealand’s statuory Crown entities, it is anomalous that the same model is not adopted for the Commerce Commission and the RBNZ. The lessons from the FMA are that the model creates better internal checks and balances on regulatory decision-making than the alternative ‘commission model’ of the Commerce Commission or the ‘single member decision-maker model’ of the RBNZ.

Accordingly, we recommend that:
1. The board governance model should be adopted for all independent regulatory agencies in New Zealand, including the Commerce Commission and the RBNZ.
2. For the Commerce Commission, this should be achieved by:
• reshaping the commissioner role so it is largely a governance (or board member) role, with substantial decision-making power delegated by the commissioners/board members to the commission’s CEO; and
• broadening the skills set of the commissioner/board members of the commission to include members with industry expertise.
3. For the RBNZ, this should be achieved by:
• legislative reforms that make the RBNZ governor accountable to the RBNZ board for the exercise of prudential regulatory policymaking and decision-making power; and
• broadening the skills set of the RBNZ board to include more banking and insurance expertise.

We also recommend the RBNZ move its prudential regulatory team to Auckland to bring them closer to the financial institutions they regulate.

In some cases, as with the OIO, implementing the first recommendation might require a change in institutional form from government department to statutory Crown entity. More generally, we recommend that a principled approach should be adopted in determining the institutional form of important regulatory agencies.

External monitoring
Improvements should also be made to the mechanisms in place for external governance of regulatory agencies, including monitoring by ministers, departments, and central agencies, and the processes for appointing their leadership.

In the corporate world, external monitoring of a firm’s board and management is done by shareholders and, for listed companies, by financial analysts. This is a critical accountability mechanism, involving highly incentivised experts. With regulatory agencies, ministers and departments play the role of a company’s shareholders in monitoring whether regulators are effective, efficient and follow due process. And, for some regulatory agencies, the courts also play an important role in supervising the
exercise of regulatory power through appeal and review processes.

However, our research supports the Productivity Commission’s finding on the variable quality of external monitoring. The problems are most acute for regulatory agencies managing complex regulatory regimes like the FMA, the Commerce Commission and the RBNZ. The issues relate both to capability and resourcing, and a prevalence of compliance-based monitoring rather than a substantive evaluation of regulatory strategies.

Appointment processes
Finally, the processes for appointing board members to regulatory agencies should be strengthened. In a real sense, this is the most important element of external governance. If Ministers do not select the right people for the job, the benefits of good institutional design will be wasted. Good goverance on its own is no panacea.

We recommend the Government form an independent agency to ensure that all appointments to the governing bodies of regulatory agencies are subject to independent scrutiny and a standardised process.

If you are interested in learning more about the rankings and results of the 24 regulatory agencies we surveyed, please click here to download our full survey data.

Amy Thomasson is a part-time Research Assistant at The New Zealand Initiative, focusing primarily on our regulatory governance project. She joined us from Australia, where she completed a Bachelor of Arts from the University of Western Australia, majoring in Political Science & International Relations and Law & Society. 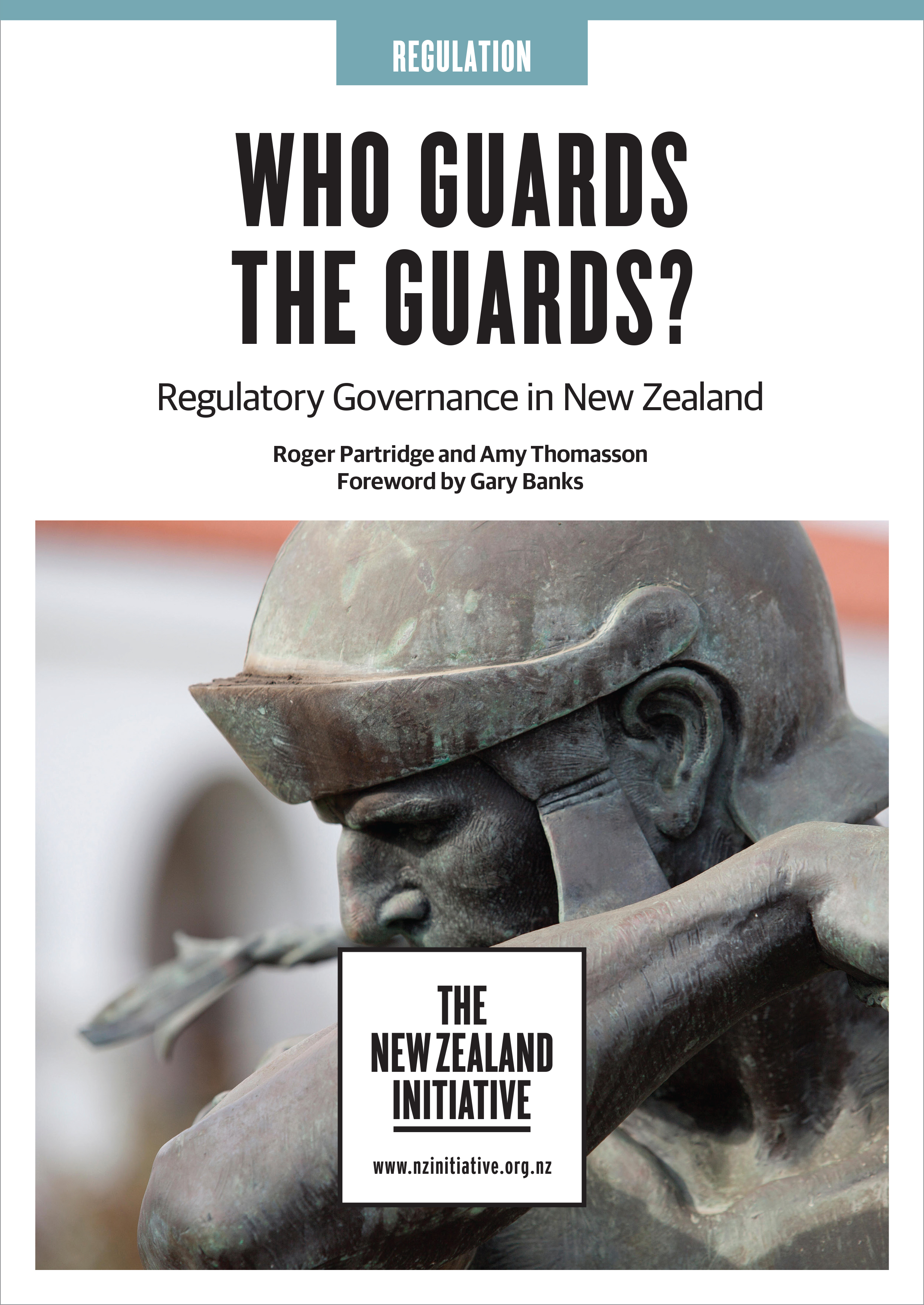