He was asked for his response to the New Zealand Initiative’s case that the wage rates were not showing a ‘race to the bottom,’ a decline in either employees’ share of income, or labour productivity growth since the Employment Contracts Act in 1991.

In his response, the Minister asserted that:

Gratuitously, since these are merely factual matters, he declared that The New Zealand Initiative’s position was ideological. This research note focuses on the facts.

In this short policy paper Dr Bryce Wilkinson suggests that Minister Wood's assertions about wage rates are based on myths rather than facts.

The Minister’s claim that labour’s share has fallen since 1991 is contestable but is not true for employee’s share, and it is employees’ liberty that he intends to reduce.

Productivity growth in New Zealand picked up sharply after 1991, both absolutely and relatively to Australia. The Minister’s bald claim of a 46% fall is misleading.

The New Zealand Initiative’s observations above are fact-based. They draw solely from official statistical sources. The charge of being ideological does the Minister no credit.

If employees’ wellbeing were important to the government, it would take official statistical information seriously.

The Minister’s failure to acknowledge and address the facts suggests that the government’s interests lie elsewhere. 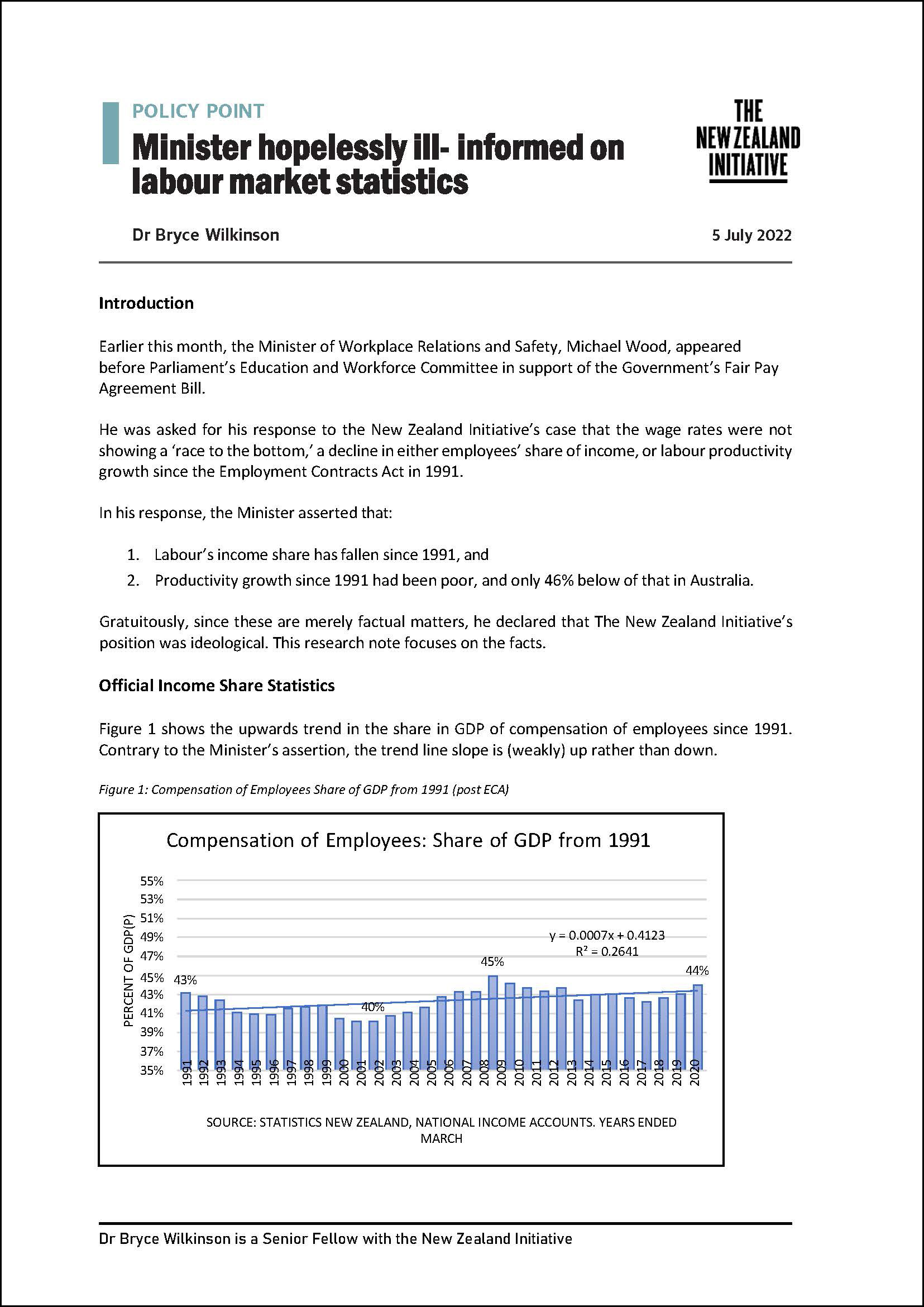 A labour market reform that would improve productivity growth

Fair pay agreements would be bad for labour

'L' is for labour market

Is There Unequal Bargaining Power in the Labour Market?