Reports & Media > Reports > No Evidence, No Evaluation, No Exit - Lessons from the 'Modern Learning Environments' experiment

No Evidence, No Evaluation, No Exit - Lessons from the 'Modern Learning Environments' experiment

In 2011 the Ministry of Education embarked on a ten-year strategy to rejuvenate New Zealand’s aging classroom estate. Part of this strategy involved establishing large, open plan classrooms, populated by many more children than are found in cellular classrooms.

The Ministry conducted no research on the effects of these ‘Modern learning Environments’ on students’ learning prior to compelling schools to adopt them. Neither did they conduct any evaluation of their effects after they were established.

The rationale for Modern Learning Environments was that they promote team teaching and self-directed, student-centred learning. Again, there is no evidence that either of these teaching approaches is effective. On the contrary, a preponderance of research suggests that direct teaching  approaches are more effective for literacy, numeracy at primary level and the disciplinary subjects at secondary level.

The strategy under which Modern learning Environments were promulgated has now expired. However, open plan classrooms are still being built, and many of the country’s classrooms have already been converted. Schools are therefore left with a permanent legacy of a policy based on ideology rather than evidence.

Future education policy must avoid the mistakes of the Modern Learning Environment experiment. In the future, educational initiatives should not be implemented without evidence that they will be effective and plans to evaluate their implementation and effects. 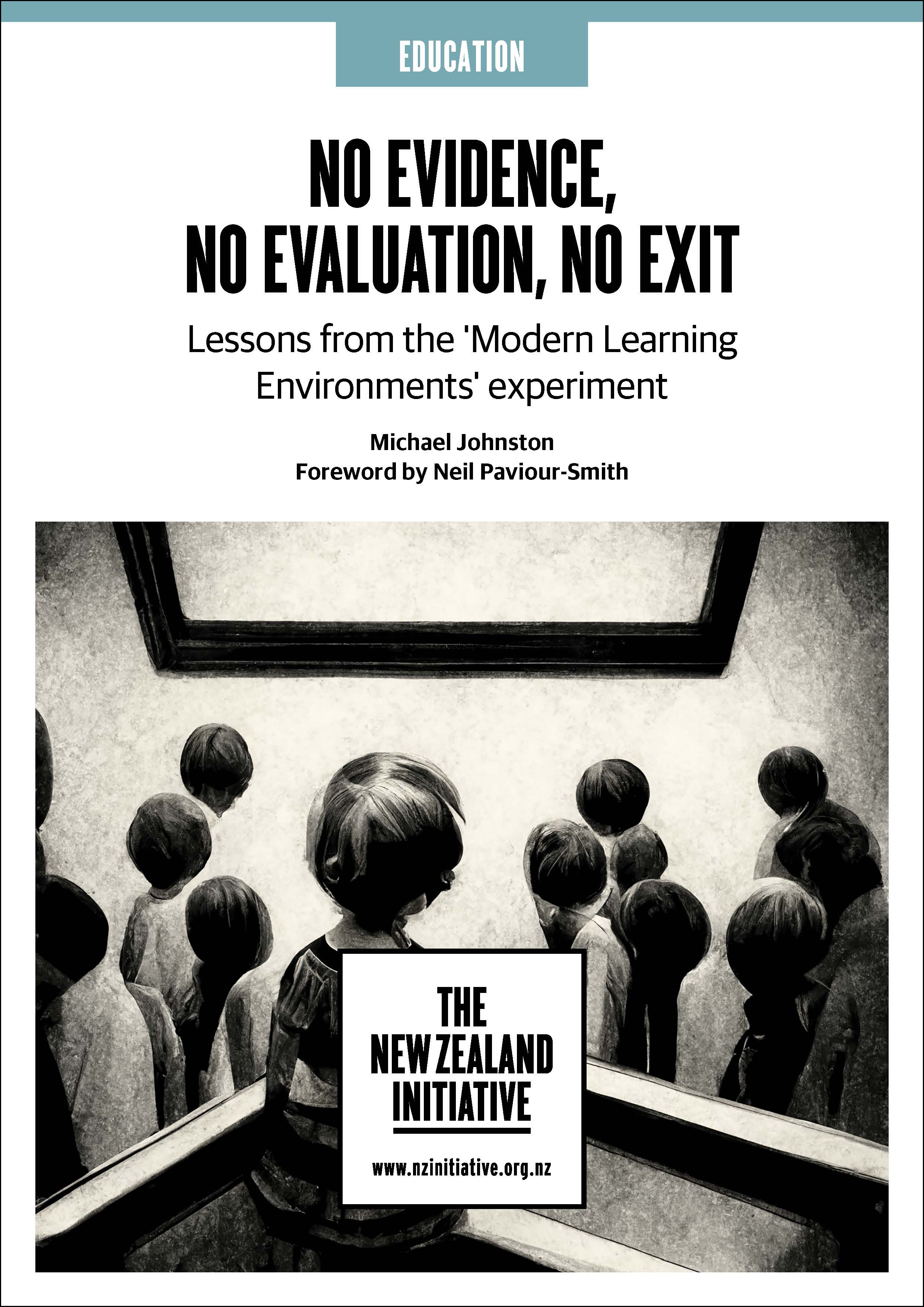 Media release: School classrooms experiment has been based on ideology – report

Research finds Education Ministry's classroom experiment not based on evidence

Dr Michael Johnston: School classrooms experiment has been based on ideology