Poverty is an emotive term. Simply choosing the most shocking number as the headline figure for poverty in New Zealand is unhelpful. Hyperbolic claims not only polarise discerning members of the public, they also do not capture the real heart of the problem.

The Ministry of Social Development (MSD) reports that less than half of the children in households in relative income poverty (whose incomes fall below 60% of the national median income) are also experiencing relative material hardship (under standard European Union measures). And fifty percent of households experiencing material hardship in 2012 had incomes above the 60% threshold. Material hardship uses a set of criteria including whether the respondent has two pairs of properly fitting shoes and whether a household can keep the home adequately warm.

MSD reports that 4% of all New Zealanders and 8% of all children were below the EU’s threshold for severe material hardship in 2008. MSD’s analysis points to these numbers being about the same in 2014.

The cost of housing needs to be addressed. Policies that raise housing costs are likely to hit those on low incomes the hardest. The relative income poverty rate on a 60% income threshold measure fell from 12% in 1982 to 8% in 2014 on a before housing cost measure, but rose from 8% to 13% on an after housing cost measure.

Confusing the causes of poverty with its symptoms or correlates can lead to ineffective policy solutions. This report looks at factors contributing to hardship, but makes no claims about the direction of causality, nor does it rank the relative importance of these factors.

This report considers some of the reasons why market incomes can be low. Policy decisions that restrict access to job opportunities, that impose high effective marginal tax rates on those with low earnings, and that hinder economic growth all contribute worse outcomes.

There are also personal reasons that are associated with poverty. These include low workforce participation by working age beneficiaries, low educational achievement, poor transitions from school to paid work and personal employability issues.

Evolution of institutional arrangements for alleviating poverty in New Zealand:

Both government and private agencies are needed, with particular input from groups most at risk. People have sought to prevent and alleviate poverty throughout history. A brief review of government and private initiatives identifies how institutions have historically balanced adverse selection and moral hazard while supporting those in need.

Poorly Understood is the first in a three-part series on social issues. The second report deals with inequality, and the third report will discuss welfare policy recommendations. The material from this research will form the basis of those recommendations. 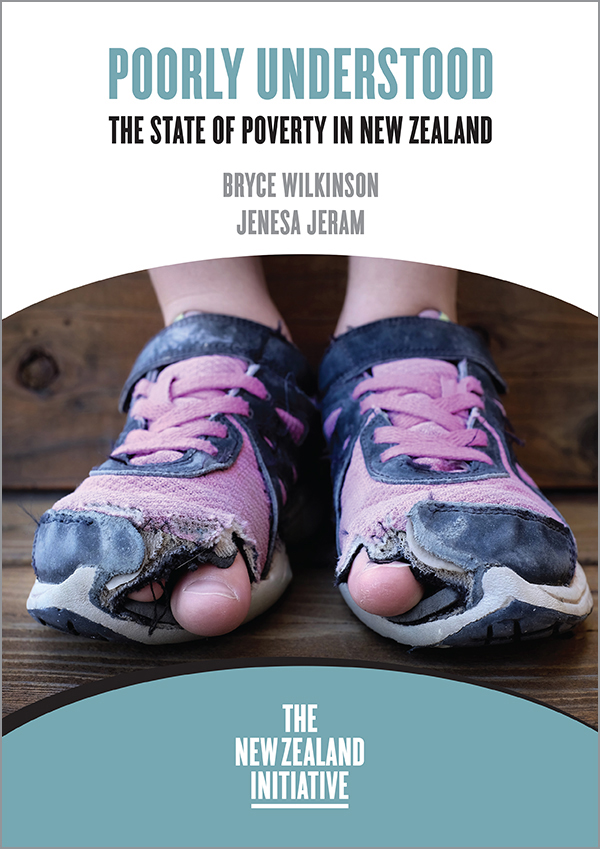