Economist Dave Heatley finds himself in something of a quandary.

New Zealand’s economists firmly support the Emissions Trading Scheme as the best way of achieving New Zealand’s net zero target. But the Climate Change Commission and Ministry for the Environment have increasingly taken a different view.

So Heatley asks whether our climate regulators know something that the country’s economists don’t, or whether the regulators are simply out of touch with the mainstream consensus.

The answer matters. Getting to net zero, and staying there, is important. Choosing ineffective measures for getting there can put the whole endeavour at risk.

I have a working hypothesis, but let’s begin with the survey.

The New Zealand Association of Economists surveyed its members in September about their views on climate policy.

88% of economists agreed that tightening the ETS’s cap on net emissions is a less expensive way of reducing emissions than policies like fuel economy standards targeting emissions already covered by the ETS. Less than 5% of respondents disagreed. 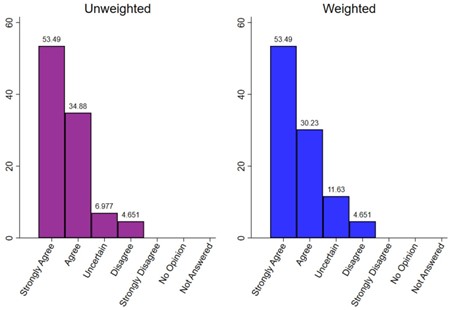 In other words, policies like feebate schemes are seriously misguided.

That isn’t to say that additional policies are never warranted. The ETS cannot solve every problem in the world; it only targets greenhouse gas emissions. If other market failures unduly hinder adjustment to rising carbon prices, policies targeting those additional failures could help. Over 80% of surveyed economists agreed. 2% disagreed. 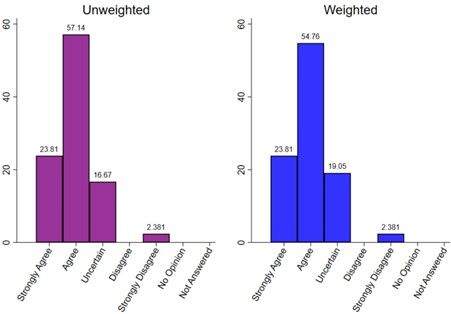 Rising carbon prices could strain household budgets and threaten overall support for the ETS. Meanwhile, the government earns considerable revenue when it auctions ETS credits. 93% of the country’s economists agreed that the government should return ETS revenues to Kiwi households as a carbon dividend rather than try to deal with the problem through targeted regulations or other subsidies. Only 2% disagreed. 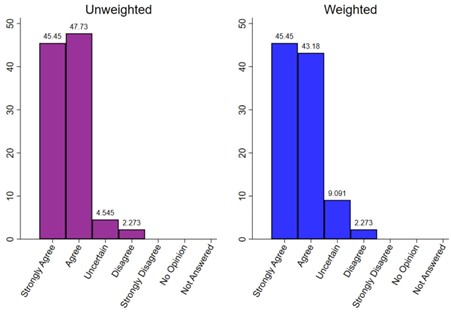 Heatley noted the survey results were firmly consistent with mainstream economic theory and practice. The ETS is efficient and effective, so it’s best to let it work.

So just what is going on with our climate regulators?

In a speech to the Auckland Climate Change and Business Conference last week, Climate Commissioner Dr Rod Carr was reported as questioning whether ‘carbon farming’ might break the Emissions Trading Scheme.

Tree planting can do no such thing.

But Carr’s statement is consistent with what seems like a continued effort to shift New Zealand’s legislated target from net emissions, which include the effects of carbon removal and sequestration, to gross emissions, which do not.

The difference in cost between the two could put even net zero at risk.

I don’t know that I have the right answer to Heatley’s question, but I do have a working hypothesis.

Fundamentally, I do not think that our climate regulators trust future Parliaments to stay the course. At the same time, they are far more optimistic about their own foresight in picking the ‘best’ paths to net zero than they have any reason to be.

If you believe that future Parliaments will issue far more carbon credits than could be reasonably justified on the path to net zero, you may prefer regulations forcing reductions in gross emissions – even if they are extraordinarily costly as compared to ETS prices.

There are better ways of solving this problem. Parliament could set a fixed number of emission credits that could be auctioned and allocated between now and 2050, while remembering that there are stockpiled carbon credits out there that could yet be used. Every year’s issuance of carbon credits would then have to draw from the legislated pool.

For economists, a substantial benefit of the ETS over other ways of getting to net zero is that it does not require prescience. It is neutral across different ways of keeping carbon out of the atmosphere. It lets each of us make our own bets on the best ways of mitigating net emissions while making sure that the accounting is sound.

In that view, the best way of getting to net zero is something to be discovered, rather than assumed. So better to strengthen the ETS than to layer emission-targeting regulations and subsidies on top of the ETS.

But because our climate regulators seem to believe that they have privileged knowledge of the ‘right’ path to net zero, that solution is less attractive. If you believe you already know the best path for emission reductions, why bother strengthening the ETS?

It is a risky bet. None of us can know what the future might bring. And one important lesson of the twentieth century is that centrally planned systems fare poorly.

Heatley’s quandary then raises an even worse one. How do we stay the course to net zero when our climate regulators seem determined to force us onto needlessly costly paths to get there?

Let the emissions trading scheme do the work