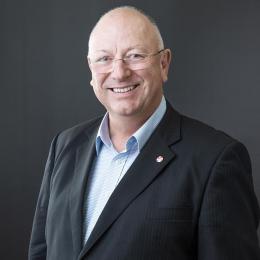 About Us > Our People > Murray Horn

Dr Murray Horn started his career as a government official with the Treasury, including five years as secretary to the Treasury. This was followed by eight years with ANZ Banking Group, including four years as chief executive of the New Zealand operation and three years as managing director of ANZ’s global institutional banking.

He has since served served on the boards of a number of major New Zealand organisations, including Telecom/Spark, Wynyard Group and China Construction Bank.

Dr Murray Horn, received the Insignia of a Companion of the New Zealand Order of Merit New Plymouth, for services to business and health in September 2013.