This submission on the Smokefree Environments and Regulated Products (Smoked Tobacco) Amendment Bill is made by the New Zealand Initiative and the Reason Foundation, a non-profit U.S.-based think-tank.

The Reason Foundation’s nonpartisan public policy research promotes choice, competition, and a dynamic market economy as the foundation for human dignity and progress. The Initiative undertakes research to contribute to the development of sound public policies in New Zealand to help create a competitive, open and dynamic economy and a free, prosperous, fair, and cohesive society.

The Initiative has, over the past several years, undertaken research into tobacco harm reduction policies because of our concern for the inequities caused by the existing tobacco control regime. That research includes Smoke and Vapour: The changing world of tobacco harm reduction (2018) and The Health of the State (2016). We have maintained a watching brief in this policy area and regularly provide public commentary on policy developments. We also submitted on the Smokefree Environments and Regulated Products (Vaping) Amendment Bill in April 2020, on vaping regulations in March 2021, and on the Proposals for a Smokefree Aotearoa 2025 Action Plan. We have consistently supported measures enabling greater access to reduced-harm alternatives to smoked tobacco.

The Bill proposes a set of novel and largely untested interventions aimed at reducing smoking rates, harms from smoking, and narrowing health disparities between Māori and non-Māori New Zealanders.

We support goals of reducing harm. But we see more downside risk than upside promise in the proposed measures, especially when viewed in the context of declining smoking rates that, in the assessment of Action on Smoking and Health’s Professor Rob Beaglehole, have resulted in youths being “almost smoke-free”. 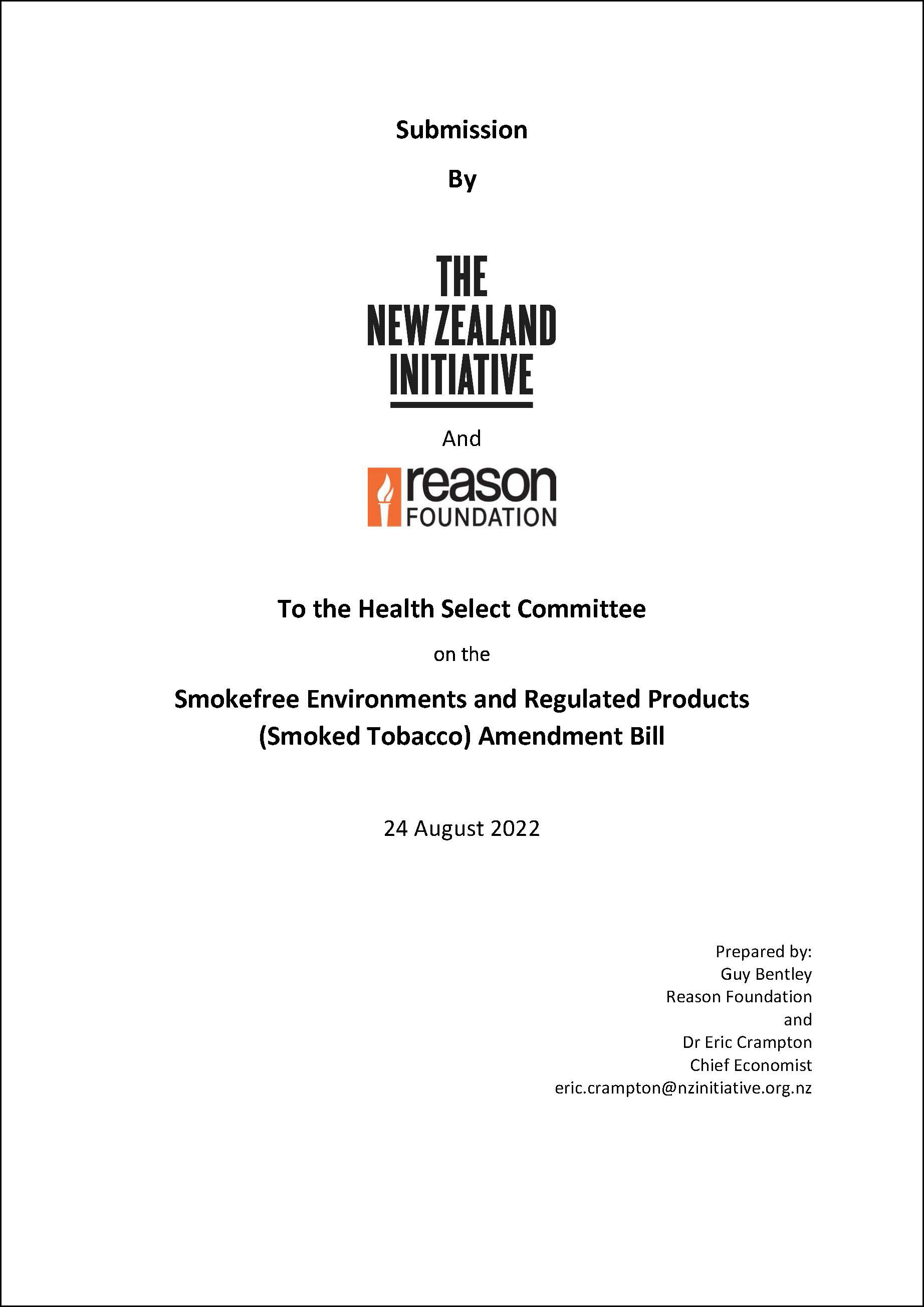 Govt v. Tobacco: The Tale of the Vape

World No Tobacco Day: How can New Zealand become smoke-free?

Smoke and Vapour: the changing world of tobacco harm reduction

Tobacco and taxi regs are so old school