New Zealand is widely regarded as a unique place, renowned for its natural beauty, culture, economic freedom, and quality of life. Immigration has played an important part in achieving this outcome. Simply by moving here, immigrants have helped shaped the forces that make up modern New Zealand.

New Zealand has a lot to offer to both temporary migrants and those who want to make this country their home. But are we suffering from our own success?

With 125,000 people moving here on a permanent and long-term (PLT) basis in the June 2016 year, many question whether New Zealand’s open door policy threatens the things that make the country unique. Are migrants squeezing New Zealanders out of the job and housing markets? What does it mean to be a Kiwi when a fifth of the population are migrants? Are Kiwis paying higher rates and taxes because of migration? Isn’t the population too big already?

These are all valid questions, but ones difficult for the public to answer because of the complexity of the topic. The New New Zealanders addresses these questions by putting the latest research, data and analysis in the hands of the public. Broadly, it finds there is undoubtedly a cost to high levels of immigration, but it is outweighed by the benefits that foreigners bring to New Zealand.

Big numbers, fine detail
Arrivals figures can overstate the extent of permanent immigration to New Zealand. The PLT term covers all people who plan to spend more than 12-months in New Zealand, including many who are here temporarily. Of the 125,000 PLT arrivals, 29% comprised of New Zealand and Australian citizens. A further 55% comprised of people on temporary student and work visas. Official figures show less than a fifth of these temporary visa holders gain permanent residency. PLT departures make up the other side of the migration equation. In the June 2016 year over 56,000 people planned to leave New Zealand for 12 months or more. It is also important to count those who have not left the country. New Zealand’s positive economic climate means more Kiwis are choosing to move back, even as fewer New Zealanders choose to leave. Overall, there was a net loss of 3,200 native born New Zealanders in 2016, the lowest level in the current PLT data series. Integration story
Of those who do choose to move to New Zealand permanently, analysis of the New Zealand General Social Survey show immigrants integrate well. They are less likely to claim a benefit, more likely to be employed, and their children have better education outcomes than native born New Zealanders. There is relatively little ethnic or migrant clustering, and where concentrations do occur there is no indication of high unemployment. 87% of migrants say they feel they belong to New Zealand. Surveys show New Zealanders too have a generally positive view of migrants, and value the contribution that make to the economy and the cultural diversity they bring.

Home and feeling confident
Migrants certainly have an effect on the housing market, but one that is complex. Economists Bill Cochrane and Jacques Poot note that high levels of migration and high house prices occur when the economy is doing well, but one does not necessarily cause the other. That is because visitors on a temporary visa, such as students, do not tend to buy accommodation but rent it. In this they compete with Kiwis in the rental market, but the effects are modest. Rents in Auckland rose 0.2% in September 2016 compared to the same month a year ago. Cochrane and Poot suggest instead it is returning/remaining Kiwis, confident in their economic prospects, pushing up house prices.

Wages and productivity
The perception that migrants steal jobs from native born New Zealanders is wide-spread, but there is little evidence to support it. That is because the number of jobs in an economy is not fixed. Migrants also contribute to job growth by increasing demand for local goods and services.

Research into the effects of temporary migration in the decade to 2011 found a positive effect on the earnings and employment of New Zealanders. This may be because migrants fill jobs that native born are reluctant to do, and because migrants provide a boost to the sectors in which they work.

Fiscal impact
Migrants contributed a net +$2.9 billion to the government’s books in 2013. On a per capita level, this was equivalent to +$2,653 per migrant. Native born New Zealanders contributed a net +$540 million to the government’s books, or +$172 per person. This reflected the age structure of the native born population, with 47% in the economically active band in 2013, versus 60% for migrants.

Conclusion
On balance, the available evidence suggests that New Zealand benefits from migration, or at the very least the country is not made worse off. The current policy settings look broadly fit for purpose, but policymakers should be vigilant to ensure this remains the case.

Government should also consider reducing bureaucratic drag in the immigration system. Measures such as letting high salaries count towards a migrant’s point tally, and letting private businesses sponsor migrants could ease some of the red tape that keeps high quality migrants from moving here. New Zealand also needs to jump on opportunities for bilateral free movement agreements with other countries. Lastly, where there are concerns that migration imposes a burden on local infrastructure, Government could consider imposing an upfront levy on migrants. 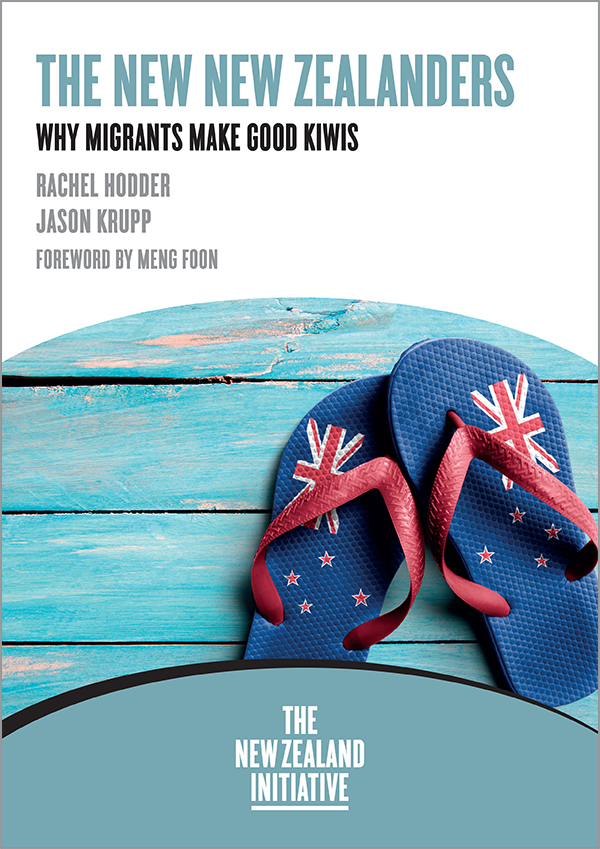