Last month, the Initiative published an essay listing six mistakes Graeme Wheeler and I argue the world’s major central banks widely made in responding to COVID.

The New Zealand media interpreted this as an attack on the RBNZ. Our concern was the threat to global prosperity and financial stability. The RBNZ is not a threat to either.

However, the RBNZ has largely followed what other central banks have done. By implication, their mistakes are also its mistakes, to some degree.

The current policy note responds to narratives that have emerged in New Zealand’s media in the last fortnight – narratives more sympathetic to the RBNZ’s decisions. Examples include articles by Tim Hunter in the National Business Review, Josie Pagani in Stuff and Liam Dann in the New Zealand Herald. 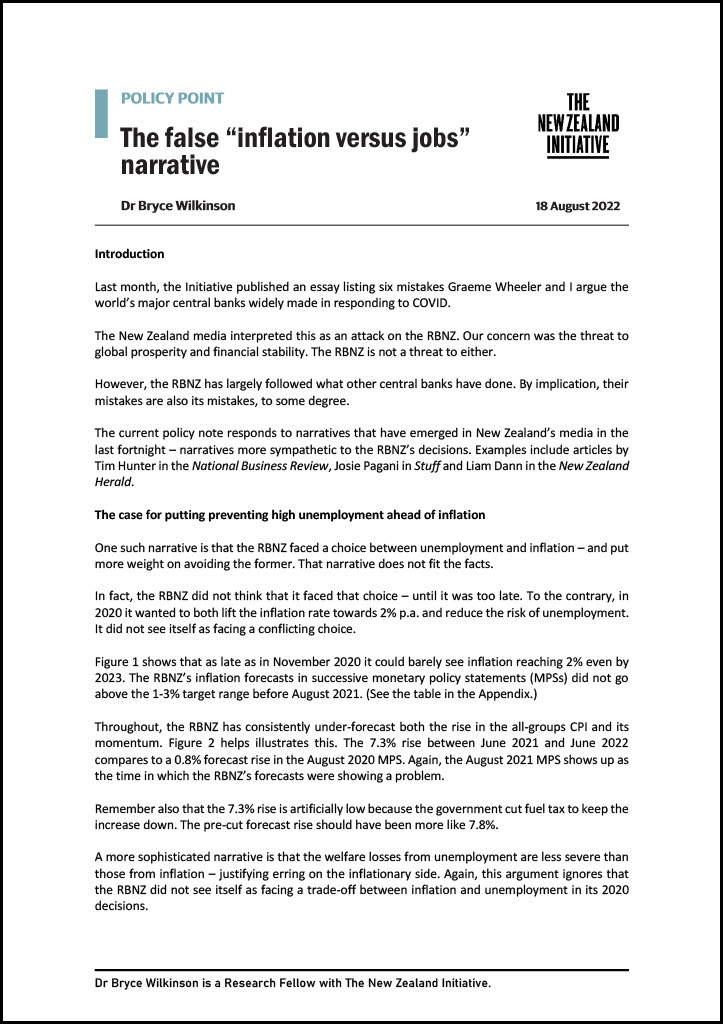