At the end of October, governor of the Reserve Bank Adrian Orr boldly asserted in a speech that climate change is “a key risk to global financial stability.” He made the case for urgent “transformation” as an “important, imminent, and personal” issue.

The future cost of climate change is not in itself a source of financial risk. It can be anticipated and managed. Global stability is threatened by irresponsible lending and failure to properly assess or manage risk. Governments facing re-election have short time horizons and often make or encourage such mistakes. Central banks are part of the government. 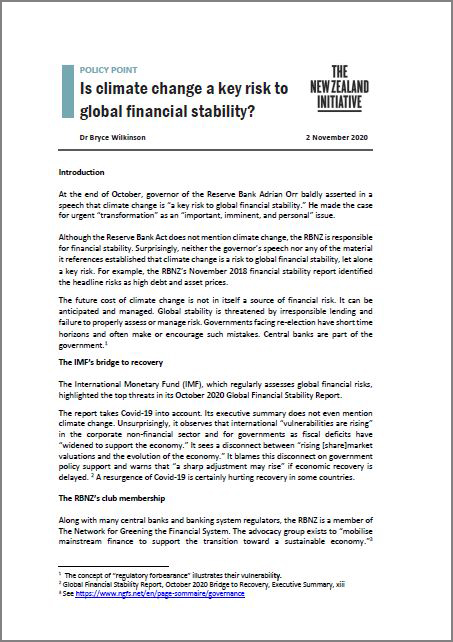