New Zealand’s universities have, at least since the mid-2000s, relied on foreign students for substantial parts of their income. Though the extent of foreign students’ contributions is obvious to anyone working in academia, they are not well appreciated outside the tertiary sector.

Worse, even though reliance on income from foreign students has been designed into the tertiary sector’s funding model since the Clark administration, the Government of today seems to have forgotten, or at best underappreciated its importance.

And that means New Zealand risks a substantial worsening in the quality of tertiary education for domestic students while missing an opportunity to expand its export education services. While it may seem odd to consider universities here as being involved in international exports, that’s how foreign students are accounted; tourism also is an export industry.

This report proposes not just reopening the country to foreign students, subject to mandatory and well-monitored quarantine provisions, but taking the opportunity to capitalise on New Zealand’s relative safety. New Zealand’s tertiary sector should expand in response to the current crisis, rather than contract.

Re-opening the country to foreign students in time for the second semester would not just reduce the need for stronger central government support of the universities, or potential bailouts. It would also help with the recovery of the hospitality industry and the tourism sector. And, the capabilities now possible to build in the tertiary sector would help in growing the country out of the current crisis. 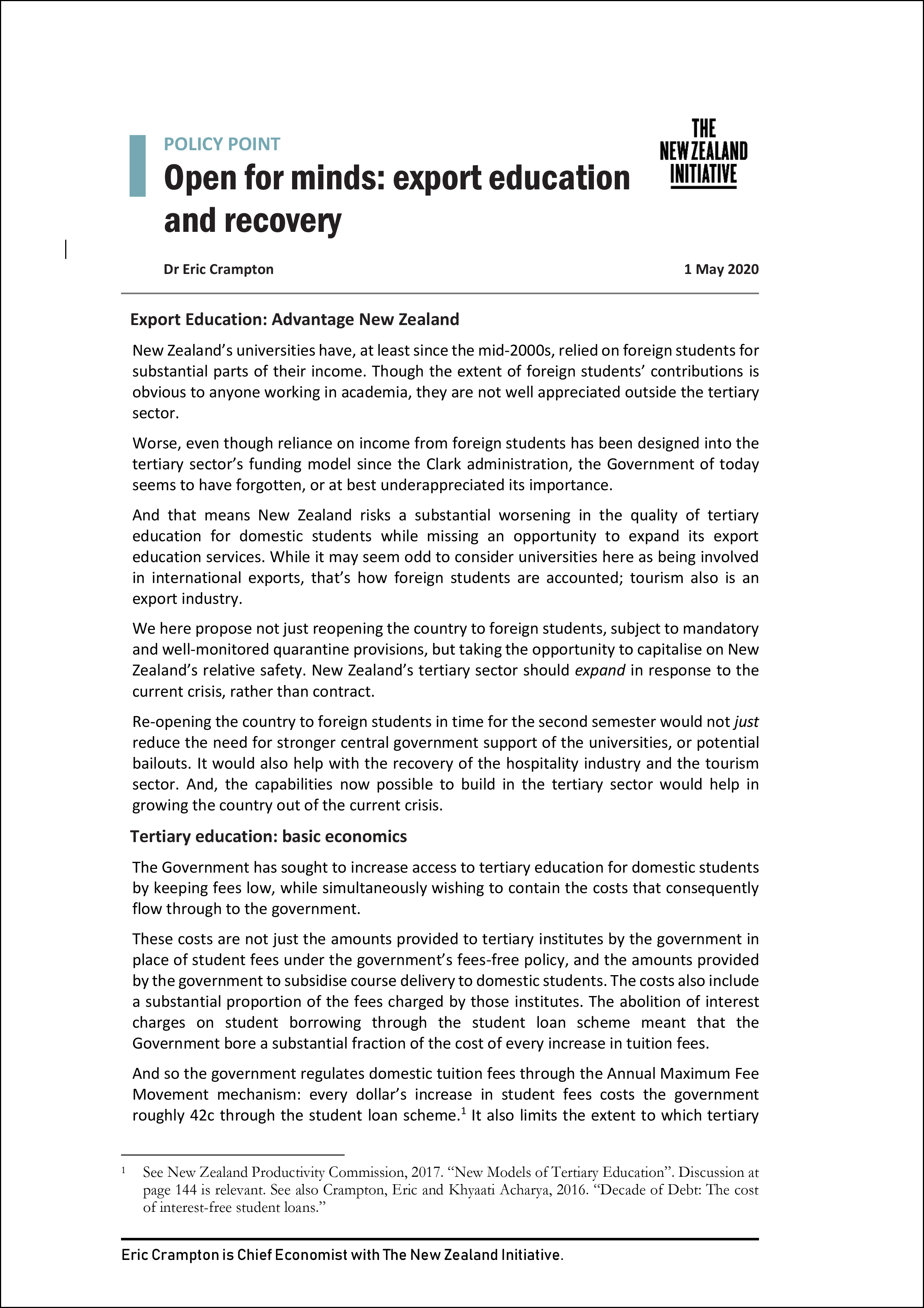