The New Zealand Initiative rebuts the Minister of Workplace Relations and Safety’s claim to a select committee that New Zealand’s labour productivity growth rate since 1991 was 46% below that of Australia.

On figures recently supplied by the Ministry of Business, Innovation and Employment, the correct figure was 30%. A marginally more sophisticated trend analysis reported in the policy paper puts the difference at 23%.

In making these errors, the Minister sought to discredit the Employment Contracts Act 1991. He is trying to justify a return to trade-union-dominated wage negotiation regulations, as advocated by the CTU.

Our 5 July Policy Note, Minister hopelessly ill-informed on labour market statistics, rebutted other aspects of his statistical claims. It also included two charts that showed that New Zealand’s trend rate of labour productivity growth since 1991 has been faster than before 1991, both absolutely and relative to Australia,

In this short policy paper Dr Bryce Wilkinson calculates that New Zealand’s labour productivity growth was 54% below Australian's between 1964 and 1990, much worse than the above 23% margin.

We conclude that “if New Zealanders’ wellbeing were its central concern, the government would be focusing on lifting productivity growth, not impeding flexibility and productivity with its Fair Pay Agreement Bill. 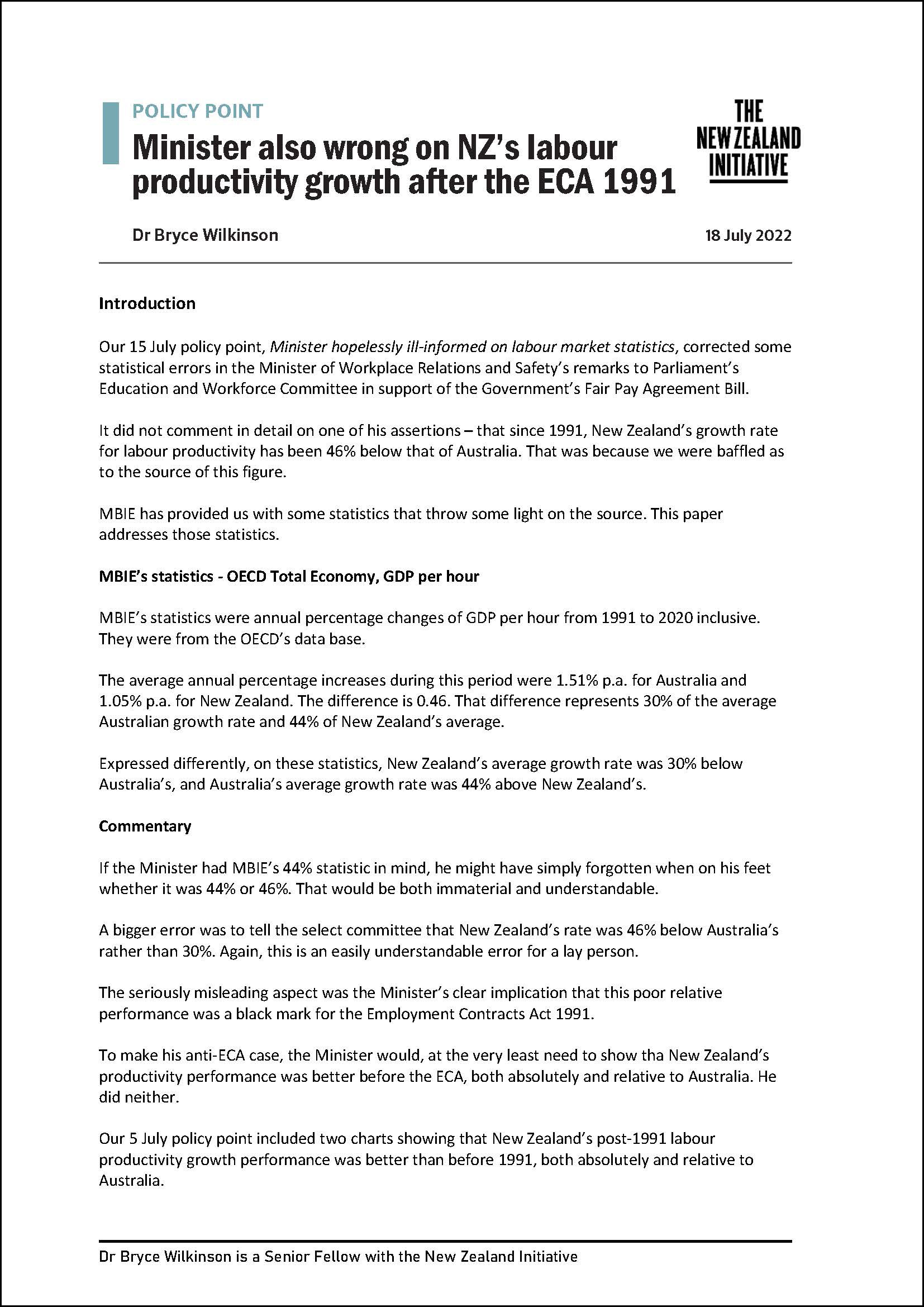