This report explains the concept of Social Impact Bonds (SIBs), its application worldwide, and its potential in New Zealand. SIBs are a new and innovative means of financing and delivering social services through the private sector, where the government usually only pays for what works. The authors lay out the possible benefits and challenges of the model. Based on international evidence and expertise, the report contains a number of suggestions that could enhance the likelihood of success for SIBs in New Zealand.

The basic concept: SIBs are (often, but not always) government contracts enabling private investors, private service providers, and an intermediary, to partner together to fund and deliver agreed social outcomes. The contract will have funding arrangements that are fully or partially linked with successfully achieving social outcomes. If successful, investors will receive their principal back, as well as a return.

Not all social outcomes will be appropriate for a SIB. The outcomes must be measurable and quantifiable, the social service must target a clearly defined population, and there must be a commissioner (most often government) committed to funding achieved outcomes if successful. SIBs overseas have focussed on improving outcomes for population groups such as young ex-offenders, families with children in care, early childhood education, young people ‘Not in Education, Employment or Training’ (NEETS), high-risk young men, and single mothers.

The Ministry of Health is currently developing a model for SIBs (referred to as social bonds by the Ministry and other government departments). The Key Government has recognised that simply spending money on services, with inadequate accountability for measurable outcomes, is a poor use of taxpayers’ money while doing great disservice to those receiving social services. At the same time, New Zealand’s non-government social enterprise and social entrepreneurship landscape is thinking innovatively about how to improve social outcomes based on new technologies, internet platforms and promising international models.

SIBs are appealing because they incentivise achieving outcomes; they reward results rather than just good intentions. Under SIBs, the government contracts the private sector and investors to provide social services, but payment is contingent on achieving pre-agreed social outcomes. The contingent nature of payments means a variable degree of financial risk is transferred to the private sector. There is also potential for longer term fiscal savings, especially where achieving social outcomes reduces future government spending. While SIBs deliver services to clearly defined populations, there is the potential for successful models to be rolled out on a larger scale, and with greater government backing. Successful providers can expand, and successful government programmes can displace less successful ones.

Private investors benefit too as they have an opportunity to invest in social outcomes they are concerned about, with the potential to earn a financial return. There is greater freedom and flexibility in SIB contracts to encourage service provider innovation and adaptation, while also harnessing the business acumen and financial expertise of investors and intermediaries.

Early success stories are emerging. For instance, the first SIB to be implemented, known as the Peterborough Prison SIB, focussed on reducing the reoffending rate of released prisoners. The prisoners participating in the programme were split into three cohorts. The results for the first cohort of 1,000 prisoners was released in August 2014, and “showed an 8.4% reduction in re-offending among the intervention group compared to the national average.”

However, the international cases offer some lessons for New Zealand, and issues to consider. Because no SIBs have yet reached their full term, the success in practice of SIBs as a tool for achieving better social outcomes in a cost-effective manner has yet to be established. SIBs have not been around for long enough to assess whether the results will justify the high expectations of their promoters.

The case studies highlight a number of challenges that must be overcome to enhance the likelihood of success for SIBs in New Zealand. These include: the relative immaturity of the social finance and investment market compared to countries like the United Kingdom; the complexity of initiating SIBs, potentially deterring would-be participants; and political risks such as change of government, a change of policy, and overly bureaucratic processes. These can deter service providers and investors. Based on lessons from overseas, as well as consideration of New Zealand’s unique political and regulatory structure. We suggest the government:

We also propose some possibilities for innovating the pure SIB model, including: 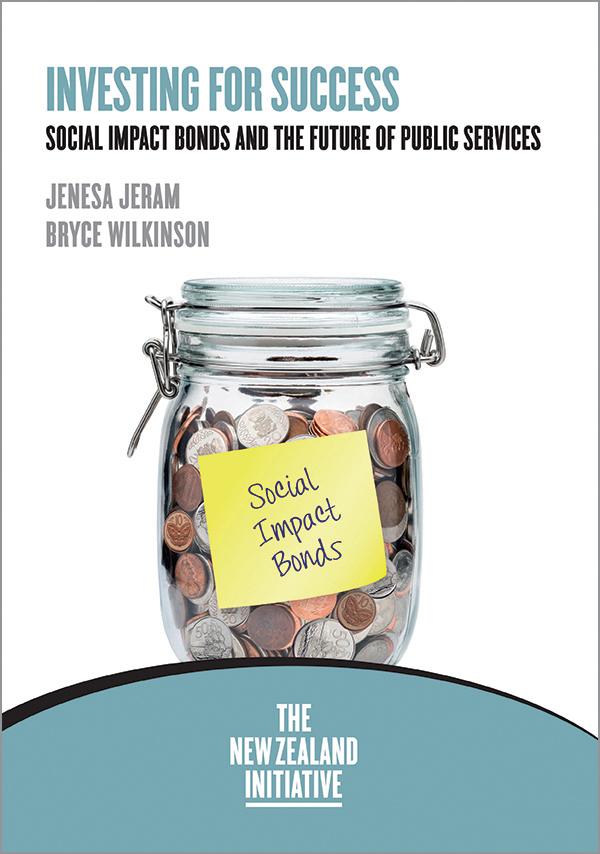 Social impact bonds have the potential to revolutionise public services

Investing for Success: Social impact bonds and the future of public services