Reports & Media > Reports > Illusions of History: How misunderstanding the past jeopardises our future

Illusions of History: How misunderstanding the past jeopardises our future

Closing his 2020 Budget speech, Finance Minister Grant Robertson looked back to the First and Fourth Labour governments for lessons on how to tackle New Zealand’s current economic challenges. His first history lesson was that the way forward today lay in the “great traditions of the First Labour Government” (1935–49) that “rebuilt New Zealand after the Great Depression” under Prime Minister Michael Joseph Savage.

"It was a time when they understood a genuine partnership between Government and the people … They built houses, rail, and roads, they created the welfare state and a strong public health system, and they backed shopkeepers and manufacturers. We are taking those principles into the modern era".

Robertson’s second history lesson was that the Fourth Labour government (1984–90) led by David Lange and the succeeding Fourth National government (1990–97) led by Jim Bolger showed how not to respond to an economic crisis.

"As the economic carnage of the 1980s and 1990s wreaked havoc in our communities, I saw that up close. It was based on a tired set of ideas that the market would save us, that if the Government sat on the sidelines all would be well. Well, it didn’t work out that way and lives and livelihoods were lost". [Emphasis added]

Politicians can usefully look to the past for future guidance – as long as they do not misread it. A government that models itself on a misdiagnosed past risks repeating past follies.

The risk of error is considerable. Politicians and historians have different motivations. Incumbent politicians need to get re-elected. They may draw lessons from the past that best serve that purpose. Historians may not draw the same conclusions.

This report examines the accuracy of the Minister’s representations of those two episodes in New Zealand’s economic history. 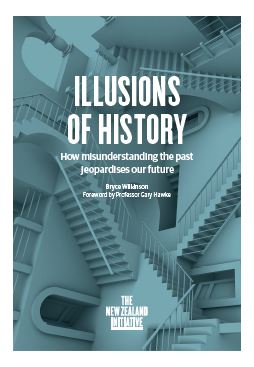