Democracy in the Dark

Are Kiwis taking their civics for granted?
American columnist H.L. Mencken once quipped that democracy is a pathetic belief in the collective wisdom of individual ignorance.

The century since he wrote those words brought radio and then television. Education levels across society rose substantially. The internet arrived and gave everyone access to a global library of all human history (even Mencken’s work). The answer to any question about New Zealand’s history, its constitutional arrangements, voting system, or how its government is structured is available for anyone who cares to type it into Google’s search bar.

Despite this easily-accessed information, and despite increases in education levels that should give everyone the tools to understand the world, Mencken would not be surprised by the state of New Zealanders’ political knowledge.

A passing glance at the state of this political knowledge would lead anyone to despair. Then again, that it is so low makes it amazing that policy outcomes are as good as they are.

This report canvasses what Kiwis know about civics in New Zealand, and elsewhere. It draws on both previously published surveys, like the New Zealand Election Survey, and a newly commissioned survey by

The New Zealand Initiative of the current state of knowledge about this country’s political and civic institutions.

The Initiative’s survey, undertaken in January of this year, suggested Kiwis might need to do a bit of studying before the coming election:

These kinds of misperceptions can matter. If one does not know which parties are even in Parliament, how can the voter successfully reward or punish parties in the next election? Without a working knowledge of how MMP works, can a voter successfully reflect their preferences? If it is assumed the UK will come running to New Zealand’s rescue due to a fanciful military alliance, will that affect a voters’ ideas about defence and foreign policy?

Younger Kiwis are less familiar with the basic facts of civics than older age groups. That may be because civics education at secondary school remains relatively weak, with few students picking up the NCEA standards that rigorously approach the topic.

At the same time, the benefits of civics education may be overstated: decades of instruction in civics in the US coincide with very poor political knowledge in that country. And in one intriguing experiment, which added new instruction about the Bill of Rights to some civics classrooms, the results did not wind up reinforcing civics knowledge among students: surveyed two years later, students knew no more about the Bill of Rights than students who had not received the extra instruction.

Weak knowledge about civics can be more concerning than weak knowledge about other areas of society. Without understanding much about the cars currently on the market, a prospective buyer will have a stronger incentive to get informed: making a wrong choice when buying a car can be expensive.

For civics, because each vote has only infinitesimal effects on political and policy outcomes, the incentive to become informed is far weaker. Problems in the media in general, and specifically the issue most people have with paying for rigorous journalism, share a common source of pain as encouraging civics knowledge. Few people are willing to bear the costs of being better informed. They make a judgement that such an investment too often has little tangible return.

Ultimately, the problem is one of incentives.

There is far more discussion of a civic duty to vote than there is about a duty to cast an informed ballot, and that is a problem.

In the same way that each car’s greenhouse gas emissions has a tiny effect on global warming, which becomes substantial in the aggregate, each vote has a tiny effect on political and policy outcomes. But unlike climate change, there is no civics equivalent to the Emissions Trading Scheme to internalise the externalities that come from poorly-informed ballots.

This report does not provide any magic bullets for improving civic knowledge. But it does propose a few small experiments that could be tried, to see if they work, and while weighing the costs. Part of the report’s goal is to spur creative ideas among Kiwis to help solve this problem and encourage a greater level of knowledge about how New Zealand’s civics system operates.

Strengthened civics instruction could be implemented in some schools, with testing two years later to see if the added lessons improve knowledge about civics. It would also look at whether these extra civics classes came at the cost of learning about other important things (since there is always a trade-off, even in the school curriculum). Pushing on that string has not been particularly fruitful elsewhere, but it could work here.

Yet it might also pay to try pulling on the string of civics education: give people stronger incentives to be better informed. Trialling some of these ideas would not be all that expensive, in the grand scheme of things. They might also improve newsmedia finances by inspiring people to take up subscriptions. 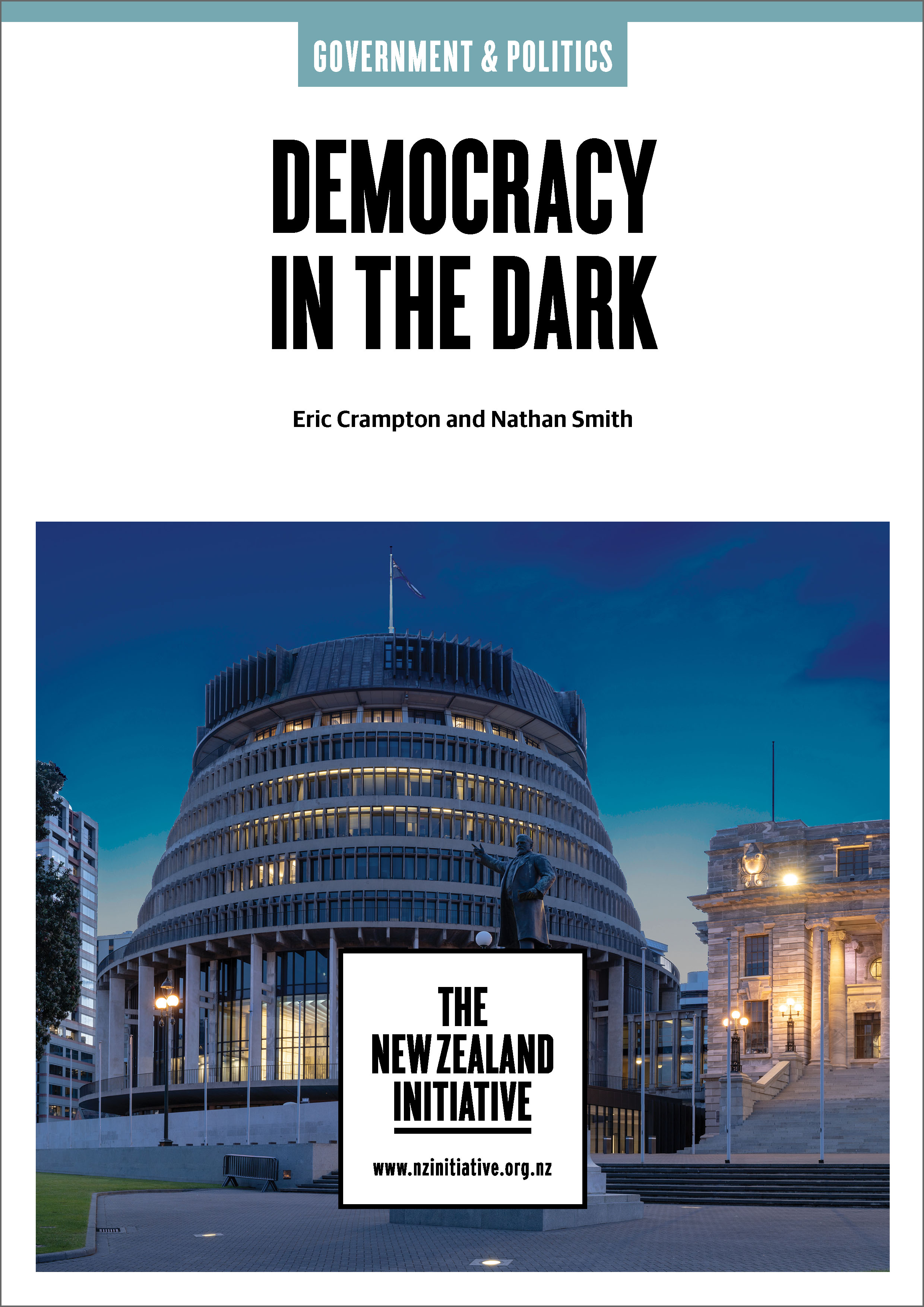 Almost a third of Kiwis can't name parties in Parliament