Reports & Media > Reports > The Health of the State

What are lifestyle regulations? This report uses the term ‘lifestyle regulation’ to refer to the range of policies designed to change behaviour based on what policymakers believe is for our own good. Many of these policies focus on public health issues. They include rules around alcohol advertising, limits to where you can light up a cigarette, taxes to pay on products policymakers deem harmful, and public campaigns to establish socially acceptable behaviour.

Paternalistic regulations need scrutiny. While there may be a case for government regulation to protect people from the harm caused by others, government policy today seeks to protect people from themselves. The World Health Organisation, for example, aims to "to prevent disease, promote health, and prolong life" but makes no distinction between contagious diseases and voluntarily taken risks. Policymakers need to make a distinction between regulations that protect us from others, and policies that protect us from ourselves.

Helping or harming the poor? Advocates of lifestyle regulations often argue that the poor can benefit the most from such policies because the poor disproportionately suffer negative health outcomes. Some advocates favour taxing undesirable or risky activities because the poor are more responsive to price. This report questions such condescension, where a person’s capacity to decide is based on their income. If policymakers are wrong in assuming peoples’ preferences, then lifestyle regulations will either make households poorer, or coerce households into behaviour they would not choose.

Cost to the public health system. Another justification given by advocates of lifestyle regulations is that there are some activities that cost taxpayers money. But if costs to the system are deemed important, then savings over a lifetime must be given equal consideration. Those who live long and healthy may end up costing the system more in end-of-life costs and superannuation.

The death of the rational man. Flaws in human decision-making are often overstated when justifying interventions. In some cases, such cognitive flaws are not really flaws, but reflect rational individual preferences. In other cases, even if people do need help, it is naïve to assume that policymakers do not also suffer cognitive flaws. Often, there are private market solutions that are better-targeted and non-coercive.

No matter the ideological starting point, the evidence base is flawed. There is bound to be disagreement about how much freedom is too much or too little. However, there should at least be agreement that policies should be based on sound evidence. This report finds that in many places, the evidence base is lacking. Common flaws in the methodologies or interpretation of studies include (but are not limited to): failing to prove causality; treating private and social costs as costs to the state; failing to compare results with a counterfactual; and overlooking other factors (confounding variables) that could have affected results.

Case study 1: Food taxes. New Zealand is lucky that it does not have to be a pioneer in this area, as food taxes are implemented or considered overseas. The report finds that studies fail to prove that taxes will achieve their stated policy intention: reducing obesity. Many studies focus on proxies, like whether a tax will reduce consumption or expenditure of that good. But they do not consider whether people substitute to cheaper products or other unhealthy food.

Case study 2: E-cigarettes. Despite aggressive policies by government to get New Zealand ‘smokefree by 2025’, the smoking rate is now only decreasing marginally. This suggests that those who continue to smoke either do not want to quit, or lack access to effective cessation tools. Meanwhile, e-cigarettes are a much safer alternative to conventional cigarettes, with the potential to reduce the overall harm of smoking. Yet these products currently face greater regulatory burdens than cigarettes and tobacco products that have proven risk.

Case study 3: Alcohol marketing. Calls for greater regulation (or bans) of alcohol marketing are based on the belief that marketing contributes to youth hazardous drinking. The report finds that some studies used to justify such policies in New Zealand have failed to prove that causal link, or fail to consider other confounding youth characteristics. Nevertheless, the report argues for better personal accountability if people harm others while intoxicated. 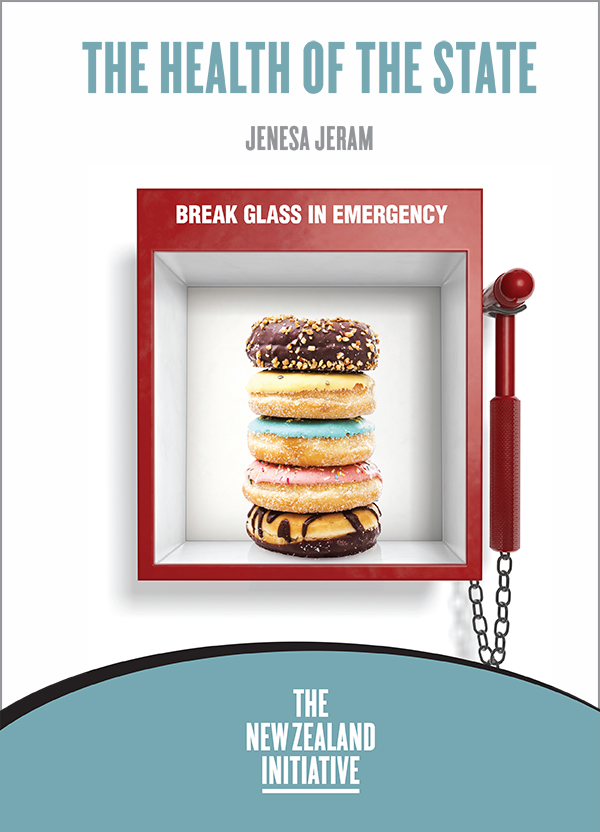 The Health of the State - Panel discussion

The Health of the State Panel Discussion

The Health of the State panel discussion - Q&A