Reports & Media > Reports > The Future of Culture in a Globalised World: The 2005 Sir Ronald Trotter Lecture

The Future of Culture in a Globalised World: The 2005 Sir Ronald Trotter Lecture

I sometimes describe my cultural and economic point of view as being that of a cultural optimist; that is, I expect the future in a commercial economy to bring us more choices and more diverse choices.

If we put aside the concerns of the current day and look back at world history, it has been the globalising eras that have brought us cultural diversity. If we look at the nineteenth century, which, for Europe, was a time of free trade when countries and regions were drawn closer by using railroads and faster ships, we see a time of remarkable cultural inventiveness. The biggest deglobalisation the West has suffered was the fall of the Roman Empire. Following that fall, there was indeed a dark age for culture; literature declined and many wonderful statues of antiquity were melted down for their bronze content.

This longer-term perspective is often forgotten when we consider the present day. We find cultural pessimists - both on the left and right wings - concerned that we are headed toward a so-called least common denominator, one-world culture. The vision is that everyone eats at McDonald's, we all wear Reeboks, we are all stuck in a Starbucks somewhere, we all watch banal television shows, and have little else to experience. Even in our modern world this is obviously not true. 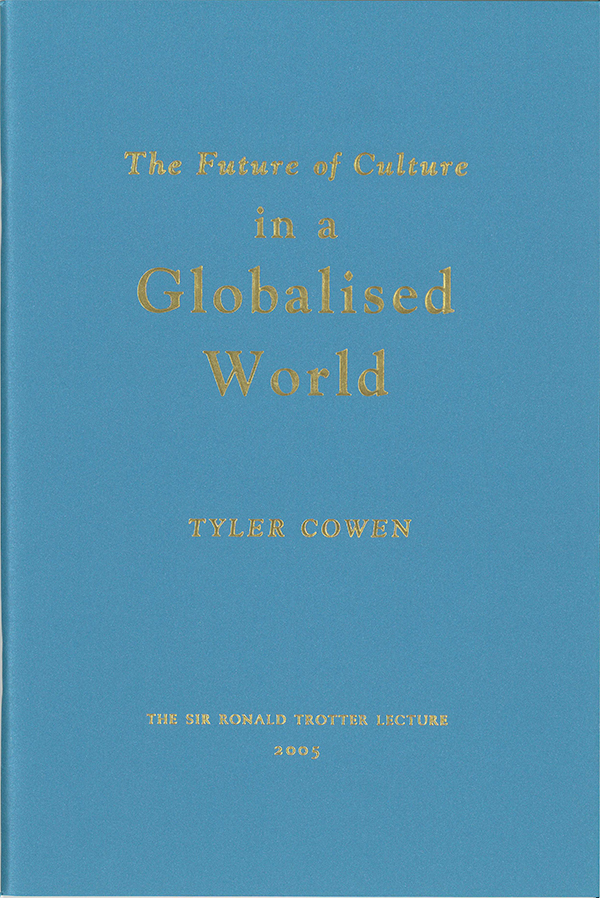