The Covid-19 outbreak is quickly developing into an economic crisis. Maintaining employment and the ability of firms to recover quickly when the crisis abates is critically important given that labour markets in several European countries are yet to fully recover from the Global Financial Crisis (GFC) of 2008.

The Government has already taken steps to avoid this happening in New Zealand, including multiple measures to help both firms and workers like wage subsidies. These initially included wage subsidies of $585.80 per week for a full-time worker and $350.00 for part-time workers, limited to 12 weeks per employee and $150,000 per firm. Funding for these wage subsidies has now increased to over $9 billion.

However, these wage subsidies may not be the most efficient way to preserve jobs. Subsidies will likely flow to firms that do not need them and are an insufficient incentive for large struggling companies to continue operating due to the small size of the subsidy cap in relation to their total wage bill. A superior policy, known as short-time work (STW) has been credited with success in Germany during the GFC. This policy is now common among OECD countries and should be considered in New Zealand as a way of allowing certain firms to reduce costs above what is possible with current wage subsidies and better preserve employee-employer links. 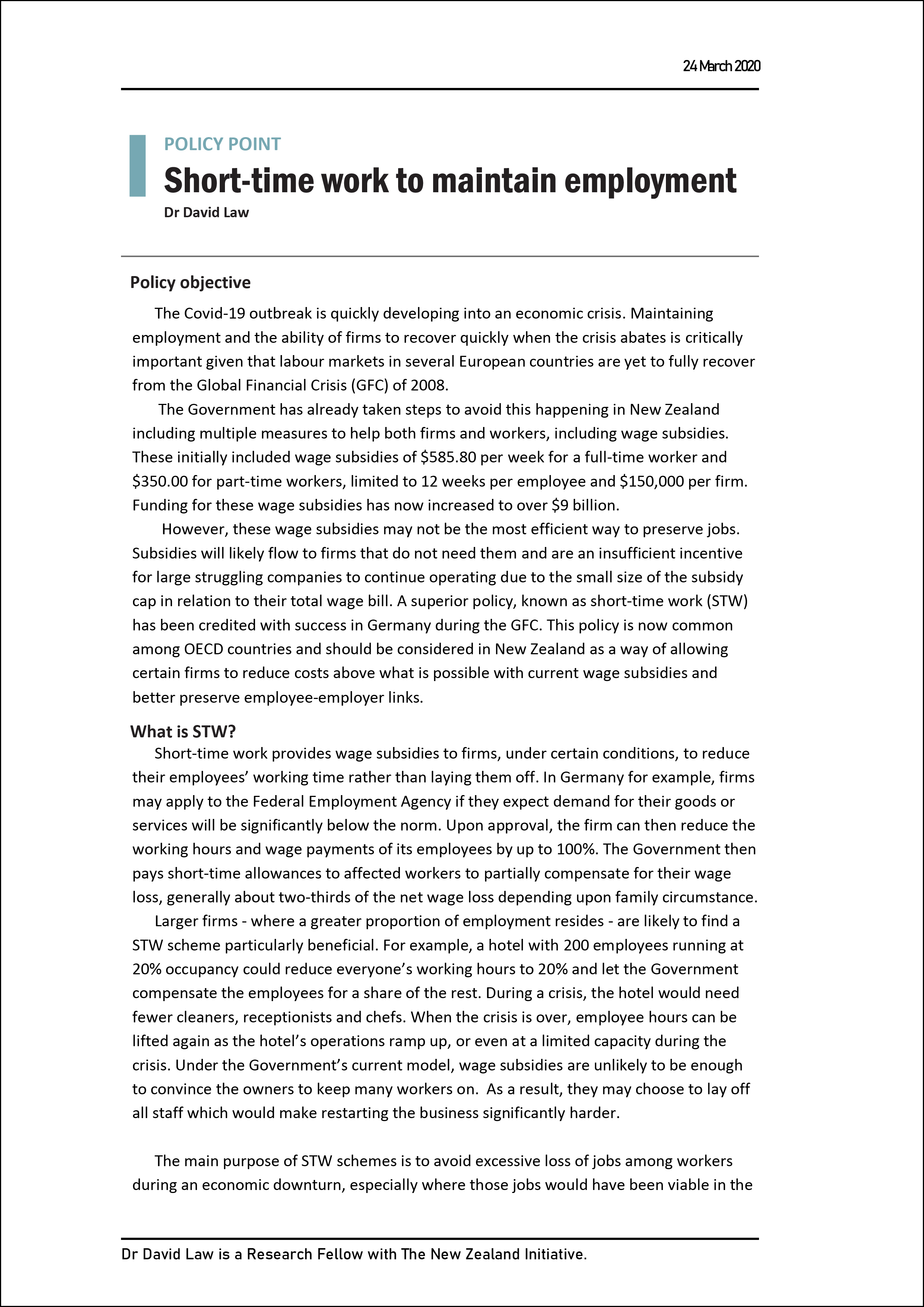