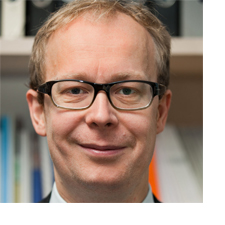 Germany is Europe’s model economy. It is a prosperous, well-governed, and efficient country. Or is it?

Professor Haucap, one of Germany’s most prominent economists, has a different story to tell. In his jobs at the federal government’s Monopoly Commission and as Founding Director of the Düsseldorf Institute of Competition Economics, Justus has come across plenty of examples of Germany’s silly economic policies.
Professor Justus Haucap

In his talk to The New Zealand Initiative, Professor Haucap will explain why German consumers sometimes get paid to use electricity, why harbour pilots are even luckier in Germany than elsewhere, and how the German government once killed the market for cheap cars.

But as Professor Haucap will explain, there is method in all this economic policy madness, and there are important lessons to be learnt for New Zealand policy-makers.

Professor Haucap started his career as an economist at the New Zealand Treasury in the late 1990s. He is now a Professor of Economics at the Heinrich-Heine University Düsseldorf and Founding Director of the Düsseldorf Institute of Competition Economics (DICE), Germany. He is also a member of the German government’s Monopolies Commission, and was the Commission's chairman from 2008 to 2012.

His main research interests are competition, regulatory and pricing issues in network industries on the one hande as well as more general institutional economics issues on the other hand.

Haucap has published extensively on competition and regulation in telecommunications, media and electricity markets as well as on labour market policy. He has also been a consultant on competition issues to various firms and Government agencies, including Mobilkom Austria, Orange Suisse, Deutsche Telekom, Vodafone, M-Co, the New Zealand Treasury, the German Ministries of Finance and for Economic Affairs, the Federal Network Agency (BNetzA), and the International Telecommunications Union (ITU), among others.

Professor Haucap is also a member of the scientific advisory board of Germany's "Market Economy Foundaton". Further information can be found on his webpage.